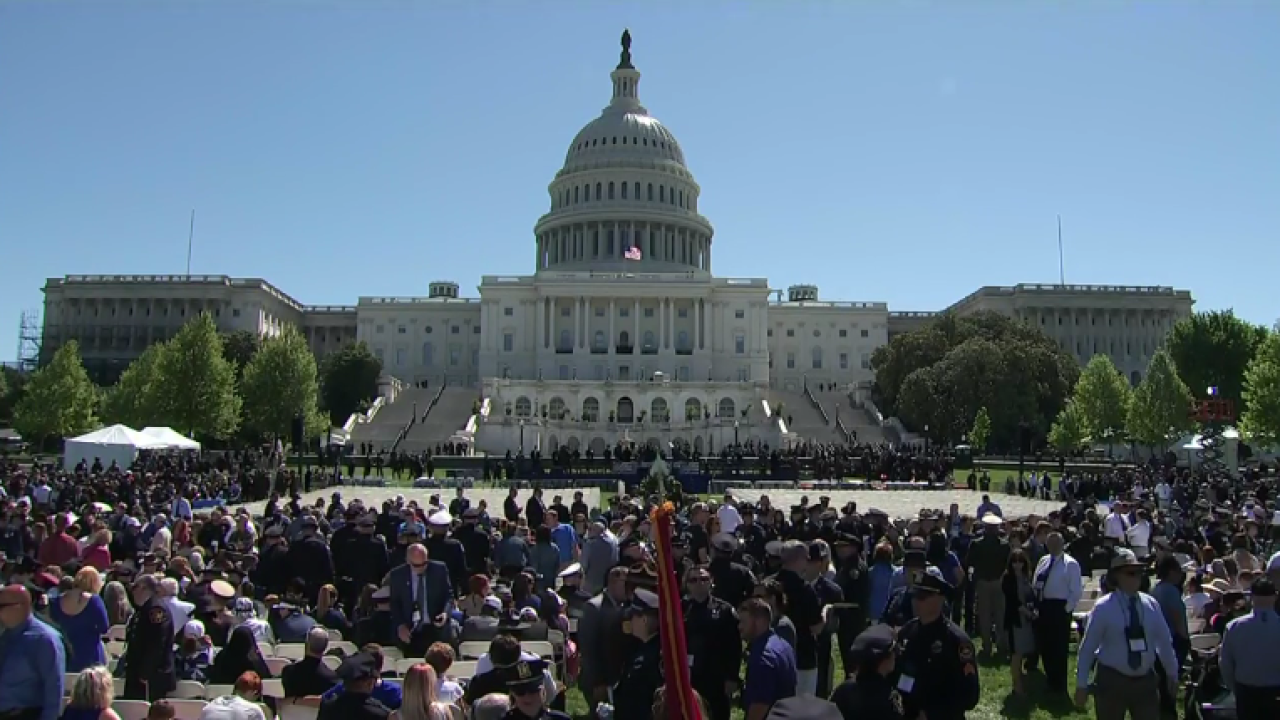 The ceremony honors law enforcement officers who were killed in the line of duty and is sponsored by the Grand Lodge of the Fraternal Order of Police.

May 15 was first designated as Peace Officers Memorial Day in 1962 by President John F. Kennedy and generally takes place during the week designated as ‘National Police Week.’

The week draws 25,000 to 40,000 survivors and law enforcement officers to Washington, D.C. each year to participate in events that honor those who have died in the line of duty.