Newport News firefighters were called to the 1100 block of 80th Street around 1 a.m. Tuesday morning for a fully involved structure.

Residents of the home say at least five fire trucks and two ambulances responded to the call.

Newport News firefighters arrived to find heavy smoke coming from the home. They were able to get the fire under control in 30 minutes. 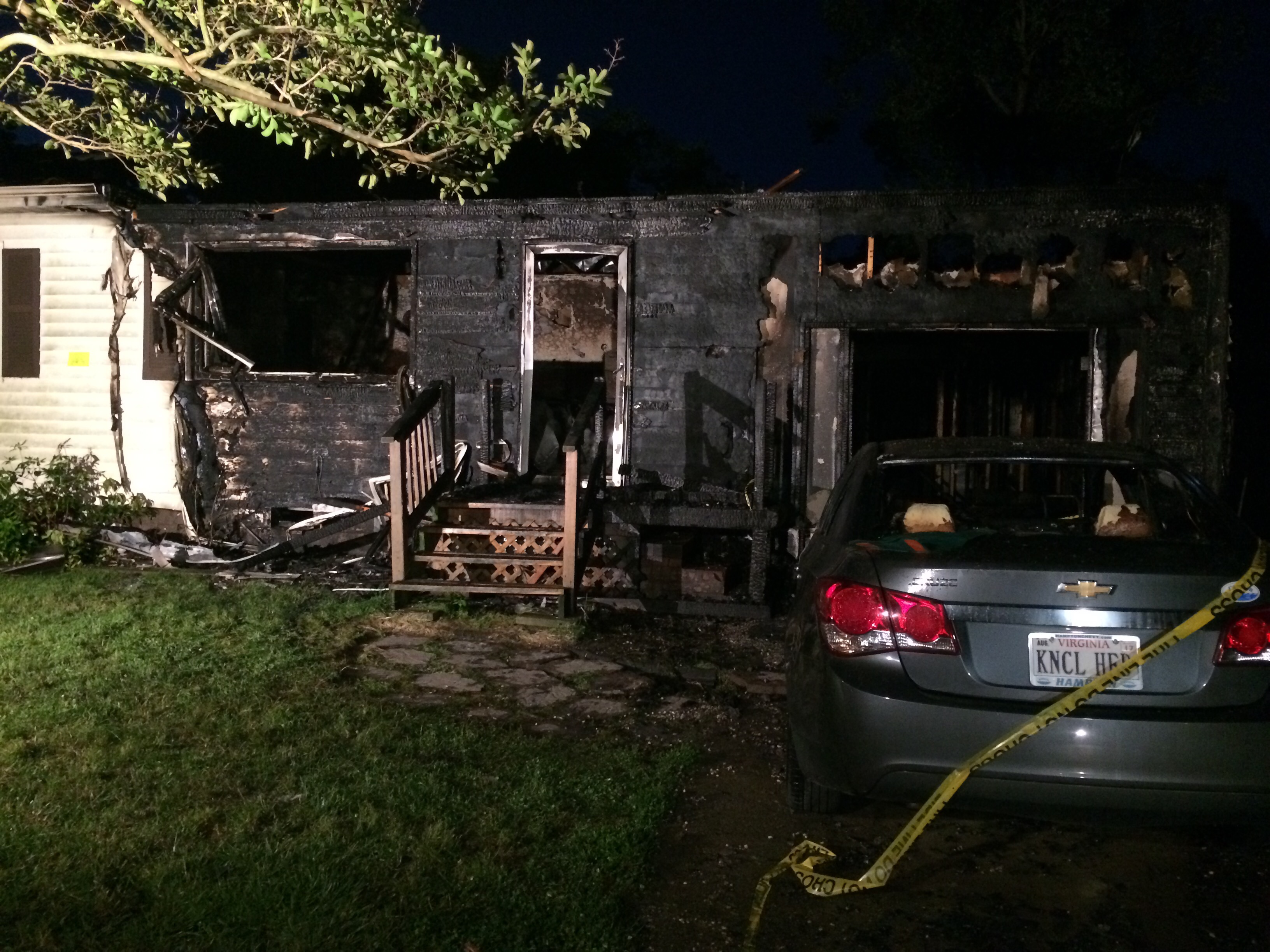 All residents of the house got out safely, along with one of their dogs. They say one dog, their one-year-old puppy, died in the bathroom. The family says firefighters told them they could not get to the puppy because the ceiling had collapsed. Two rabbits also died in the blaze.

One cat is still missing. One dog survived.

The heat from the house fire destroyed a car parked in the driveway outside the garage and melted the siding on the house next door.

Right now family is working to relocate. The Red Cross is assisting the residents in arranging a temporary place to stay.

Fire officials said the cause of the fire was accidental and started from a clogged pipe in the dryer.