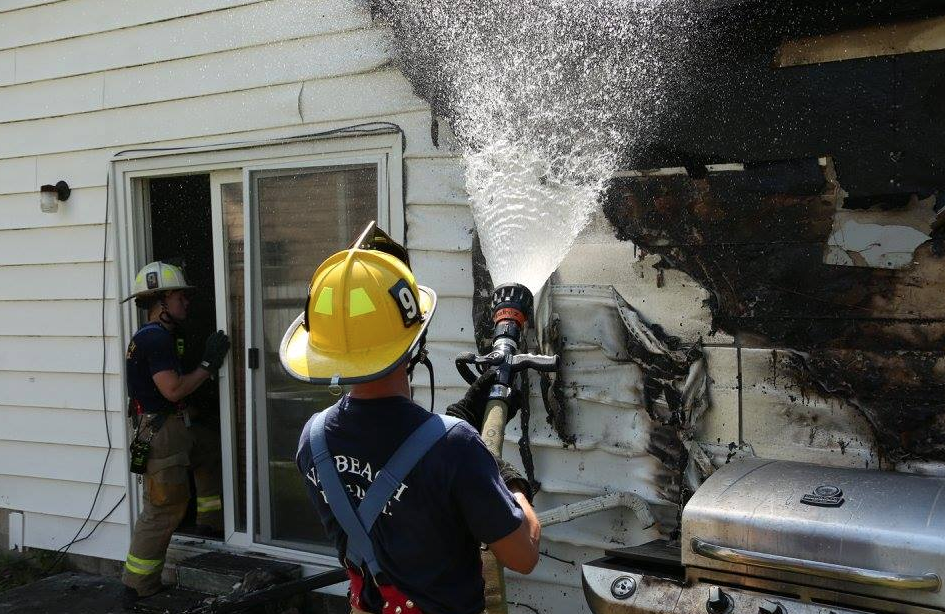 The fire was in the 100 block of Coventry Road.

Three people have been displaced from the home after a gas grill outside the home caught fire.

Crews found the back of the home on fire where the grill was located.

A male occupant of the home was attempting to use the grill when something malfunctioned, fire officials said.

The fire from the grill quickly spread to the back of the home, igniting the vinyl siding and extending into the roof of the house.

Fire officials said two of the three occupants were home at the time and both made it out of the house without injury.

A female cat was found inside the home and was rescued by a Virginia Beach Firefighter.

The cat was having trouble breathing but recovered after receiving oxygen.

It took firefighters about 15 minutes to get the fire under control.

The VBFD reminds residents to be sure to place grills well away from homes and anything that could catch fire.

Fire investigators are still working to determine why the grill caught fire but have concluded that this fire was accidental.