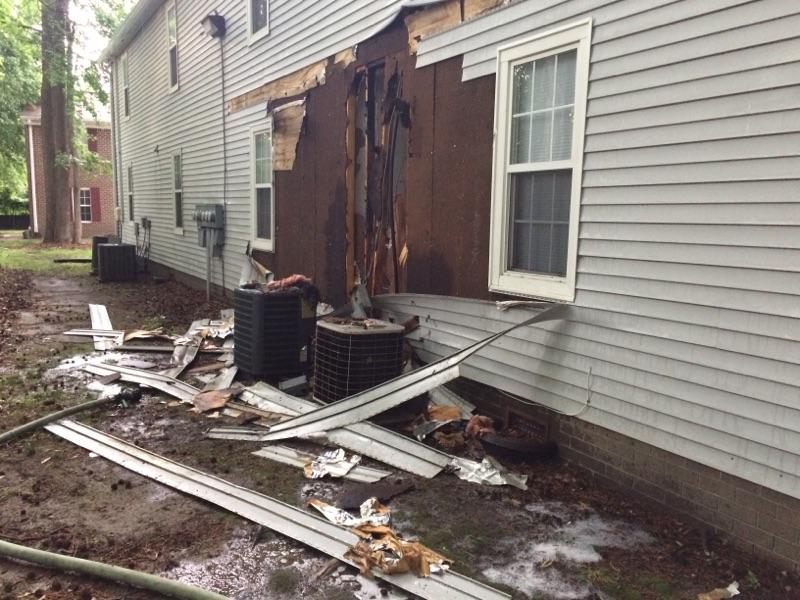 CHESAPEAKE, Va. – A family of four have been displaced after a lighting strike hit an apartment, causing a fire.

Units were dispatched around 6:45 p.m. to the Great Bridge Apartments and arrived seven minutes later to find fire coming from an exterior electrical panel.

The panel serviced one of the apartment units.

There were no injuries reported but a family of four, two adults and two children, were displaced and have made arrangements for lodging.