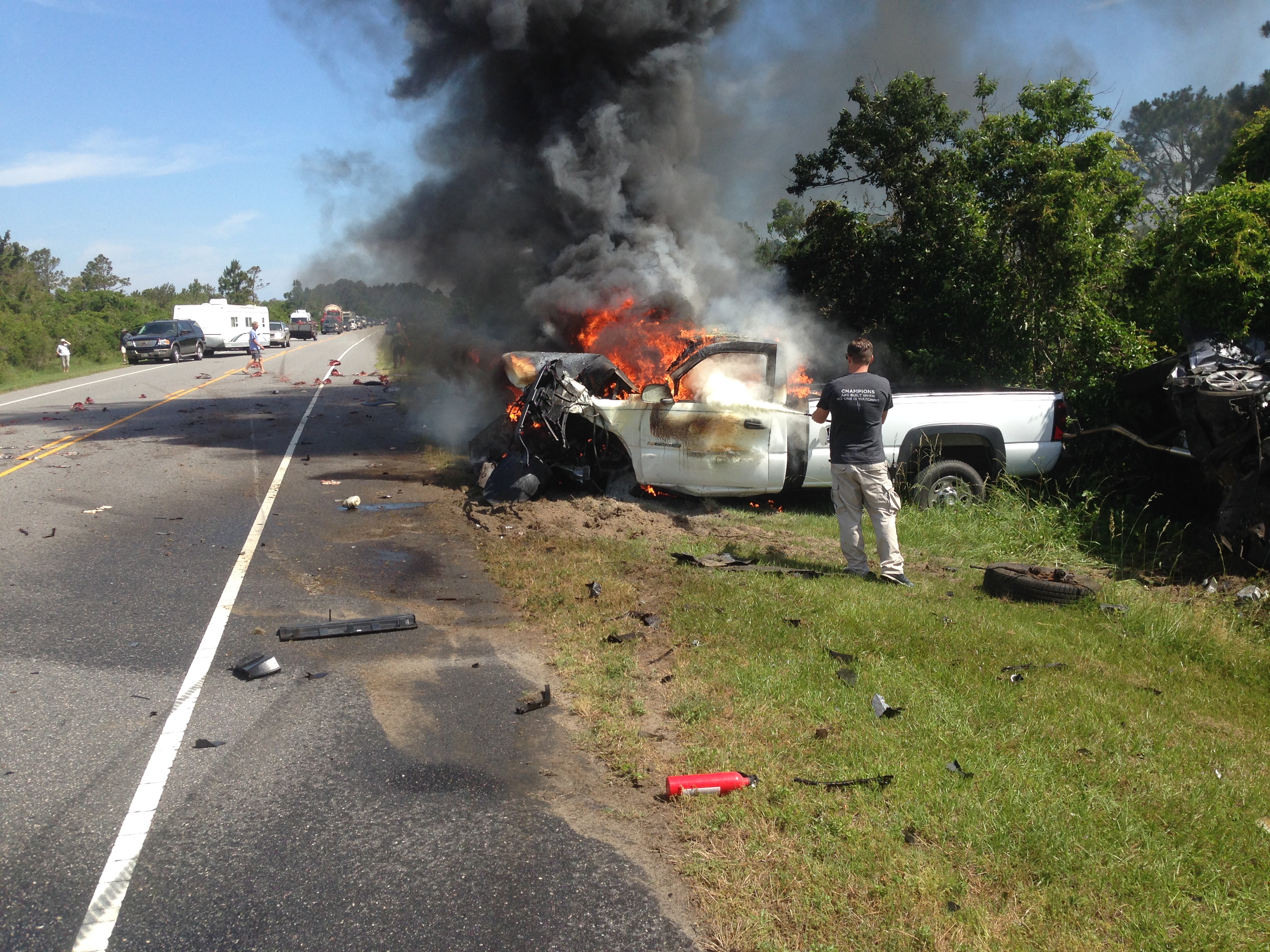 OUTER BANKS, N.C. – One person died in an alleged speed racing crash Thursday, according to the N.C. Highway Patrol.

Five vehicles, were allegedly involved in a speed competition.

Virasack Mack Phienboupha died in the crash and was driving a Honda Accord. While attempting to pass other vehicles Phienboupha failed to yield the right of way to a 2005 Chevy pickup truck owned by the Oregon Inlet Fishing Center, INC., hitting the truck head-on.

The driver of the truck was identified as Thomas Joseph Lepage.

Jordan Tyler Sanderlin was a passenger riding with Lepage when the pickup became fully engulfed in flames.

Sanderlin was pulled from the vehicle by bystanders on the scene as the vehicle was burning and Lepage escaped out of the window, N.C. Highway Patrol said.

The Nags Head Fire Department put out the fire.

The N.C. Highway Patrol said all four surviving drivers of the alleged speed competition were cited for Spontaneous Speed Competition but possible further charges are pending.

Authorities released the names and vehicles of the surviving drivers: