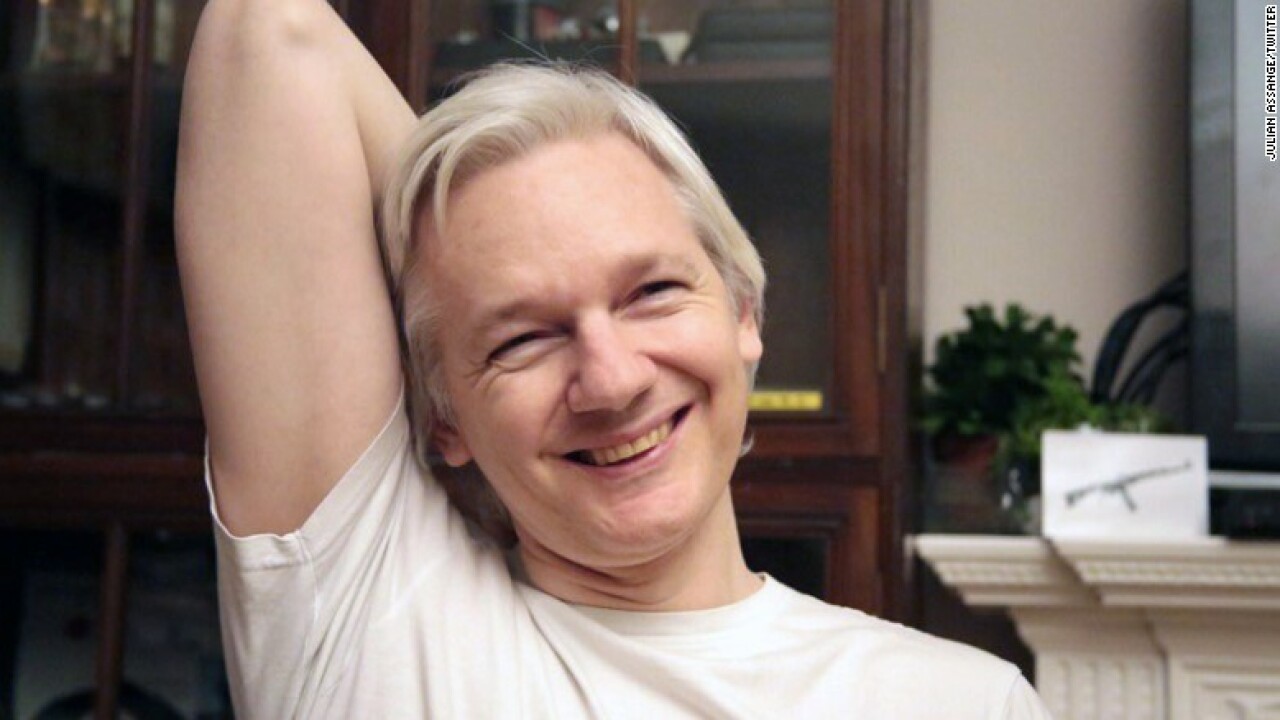 Sweden is dropping its investigation into WikiLeaks founder Julian Assange on rape allegations, according to a prosecution statement released Friday.

Assange, who has always denied wrongdoing, has been holed up at the Ecuadorian Embassy in London since 2012, in an effort to avoid a Swedish arrest warrant. Despite Friday’s announcement, he’s unlikely to walk out of the embassy imminently.

The Australian national has previously expressed concern that he could end up being extradited and facing the death penalty in the United States over allegations of revealing government secrets through his site, WikiLeaks.

Following the Swedish statement, Assange, now 45, tweeted an old image of himself smiling.

Four hours later, he tweeted: “Detained for 7 years without charge by while my children grew up and my name was slandered. I do not forgive or forget.”

A lawyer for the woman who accused Assange of rape said her client was shocked by the decision, Agence France-Presse news agency reported.

“It is a scandal that a suspected rapist can escape justice and thereby avoid the courts … my client is shocked and no decision to (end the case) can make her change that Assange exposed her to rape,” lawyer Elisabeth Fritz said, according to AFP.

Is he facing US charges?

US authorities have prepared charges to seek his arrest, US officials familiar with the matter told CNN last month.

The Justice Department investigation of Assange and WikiLeaks dates to at least 2010, when the site first gained wide attention for posting thousands of files stolen by the former US Army intelligence analyst now known as Chelsea Manning.

Britain and the US have an extradition treaty, so if Assange leaves the Ecuadorian Embassy where he’s claimed asylum, the British could arrest him and send him to the US.

The UK government declined to comment Friday on whether the US has asked for Assange’s extradition, but last month US Attorney General Jeff Sessions said Assange’s arrest was a “priority.”

What did Sweden say?

Sweden’s chief prosecutor Marianne Ny told a news conference in Sweden that the decision to discontinue the preliminary investigation into the rape allegations, which date back to 2010, had been made because “all possibilities to advance the investigation have now been exhausted.”

However if Assange were to return to Sweden before the statute of limitations for the suspected offenses expires in August 2020, the investigation could be reopened, she said.

Dropping the investigation is not a result of deciding he is not guilty, Ny added — it’s because there’s no practical way to continue it.

“The decision to discontinue the preliminary investigation is not because we’ve been able to make a full assessment of the evidence in this case, but because we didn’t see any possibilities to advance the investigation forward. So we don’t make any statements on the issue of guilt,” she said via a translator.

What next for Assange?

Possible US charges aside, Assange is still subject to an arrest warrant in the UK after he failed to surrender to Westminster Magistrates’ Court in June 2012, London’s Metropolitan Police Service said Friday.

However, it noted that now the Swedish authorities had dropped their investigation, Assange was “wanted for a much less serious offence” than before and said the force would “provide a level of resourcing which is proportionate to that offence.”

It added: “The priority for the MPS must continue to be arresting those who are currently wanted in the Capital in connection with serious violent or sexual offences for the protection of Londoners.”