Military mural once erased back on a Virginia Beach Oceanfront building

Military mural once erased back on a Virginia Beach Oceanfront building

VIRGINIA BEACH, Va. - A mural is giving people a constant reminder of the community's fallen heroes just in time for Memorial Day weekend.

The painting is visible on two buildings at 19th street near Atlantic Avenue.

It's one out of 12 murals Welty has painted.

The mural was originally on a hotel until November of 2016, when owners of the hotel said it was removed because of water damage.

The new mural was started in the beginning of May.

Welty tells News 3 he's been working on it four days a week and is still placing its final touches.

It is set to be completed early next week. 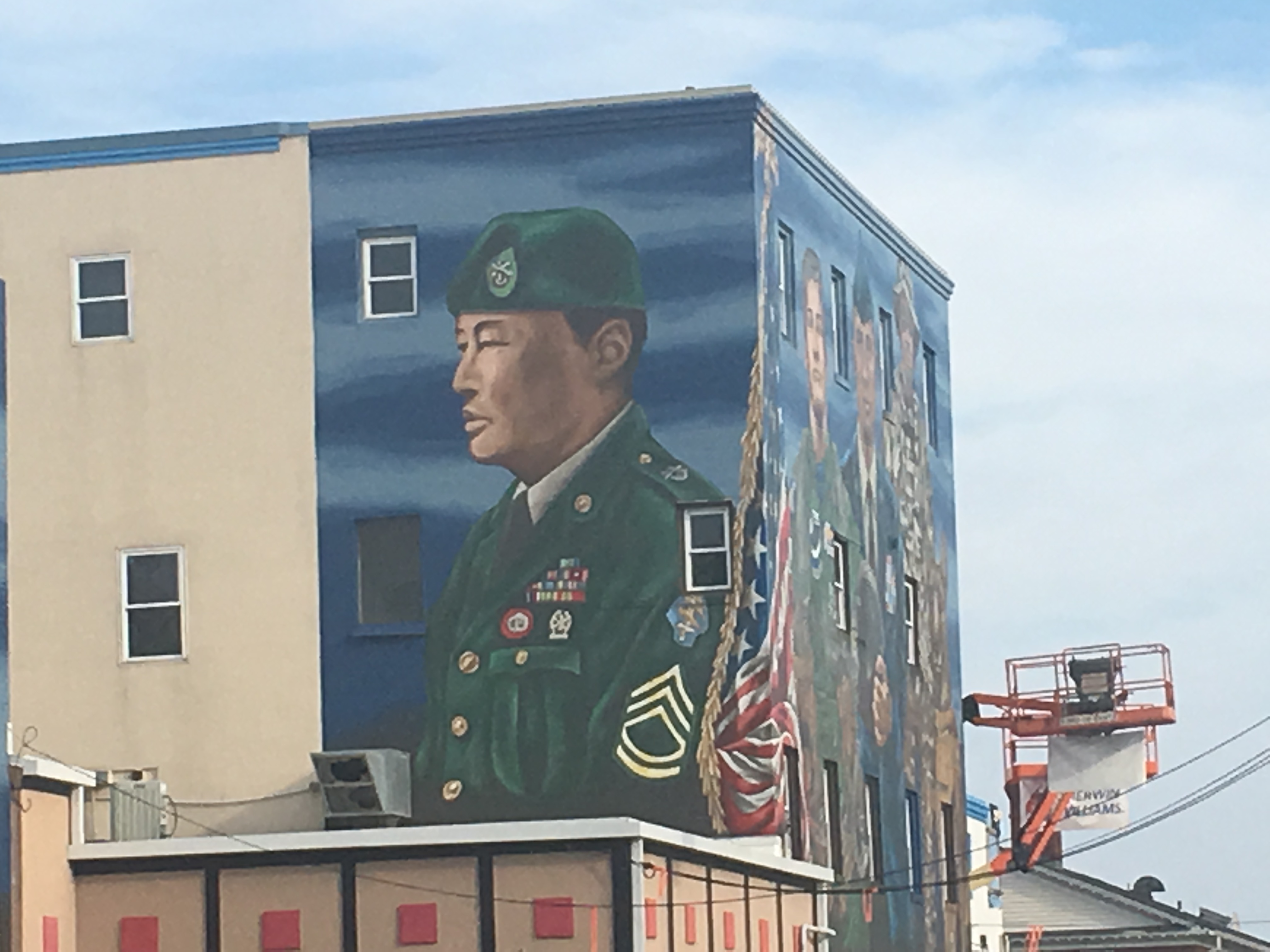