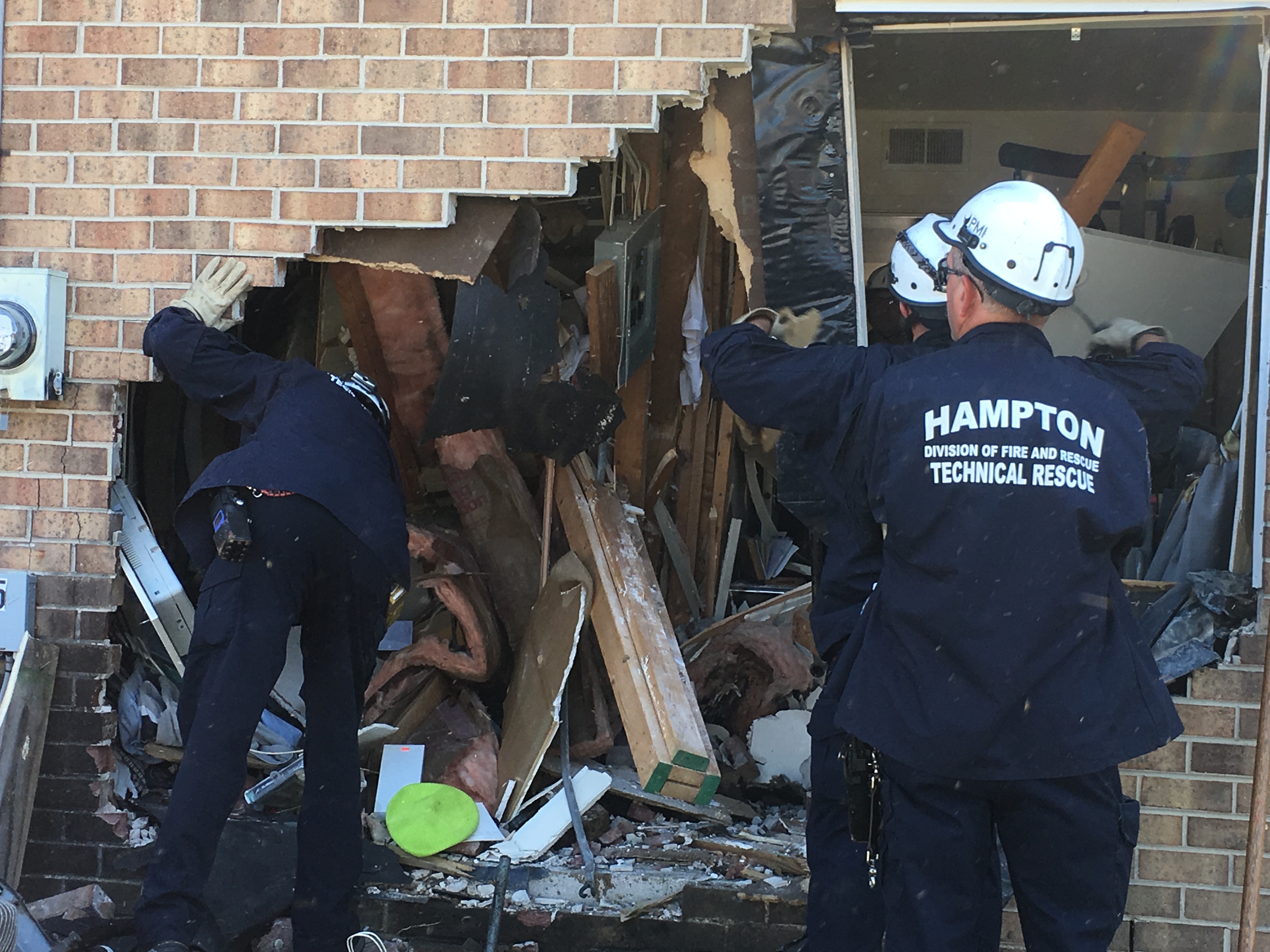 HAMPTON, Va. – Sixty people have been temporarily displaced after a car crashed into their apartment building in the 100 block of Pine Chapel Road.

It happened around 6 a.m. Sunday.

When crews arrived, there was a natural gas leak.

The two people in the car were not injured. Medics evaluated one person in the damaged apartment for minor injuries. They were treated and released.

Fire crews had to evacuate multiple apartment buildings due to the gas leak. Virginia Natural Gas and Dominion Power arrived at the scene to secure gas and power. Police blocked roadways in the area.

Officials say power is out to at least one hotel in the area. The displaced have been temporarily sheltered at the convention center.