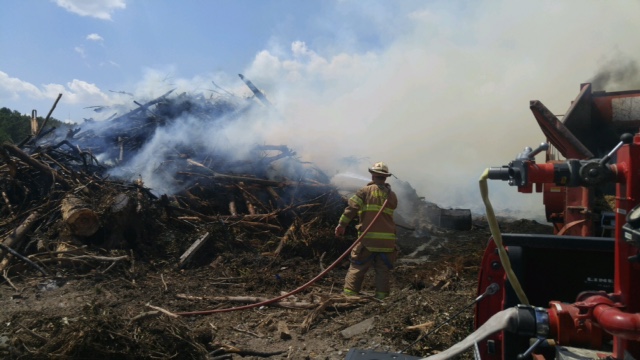 Dispatchers received a call from a citizen about smoke in the area of the 4800 block of Nansemond Parkway at 2 p.m.

Shortly after, they received a call from an employee at John C. Holland Enterprises Landfill regarding a piece of equipment that caught fire.  The employee told dispatchers the fire spread to surrounding mulch piles at the site.

When firefighters arrived, they found a large piece of machinery that grinds wood debris into mulch had caught on fire. As of 4:45 p.m., the fire was over one acre.

No homes were threatened and there are no roadway closures associated with the incident.

There have been no reported injuries.

The fire is now under control.