Lightning strike to blame for fire that destroyed Portsmouth church

PORTSMOUTH, Va. - A Portsmouth church was destroyed by a fire Wednesday night and investigators now say a lightning strike is what started the fire.

Pictures showed flames and heavy smoke coming from the building.

When Pastor Ronald Thompson arrived on scene, he couldn't believe what he saw.

“I was devastated. I was speechless. I couldn’t say anything. I just kind of went numb," the  pastor told News 3.

When fire officials arrived the roof had collapsed already.

“It was a terrible sight," Walter Gilbert, a member of the church, said.

Two alarms were called before fire crews were able to get the fire under control.

Investigators confirmed Thursday morning that a lightning strike was to blame for the fire. The building has been deemed a total loss. It has been turned over to the owners and insurance company.

Thompson said this is a painful loss but he knows greater things are ahead.

“God has something he’s gonna do. He’s gonna bring something from the ashes that we see here today. After a brief mourning period, I believe we are gonna experience a period of rejoicing," Thompson explained.

Though he's not sure what exactly is next, Thompson plans to demolish the current structure and rebuild in the same spot.

The congregation said the church is a pillar int he community.

“People depend on this church. A lot of people come here to eat, you have a bill or something they would help you with the bill," Gilbert said.

Upcoming services will be held in a nearby building. 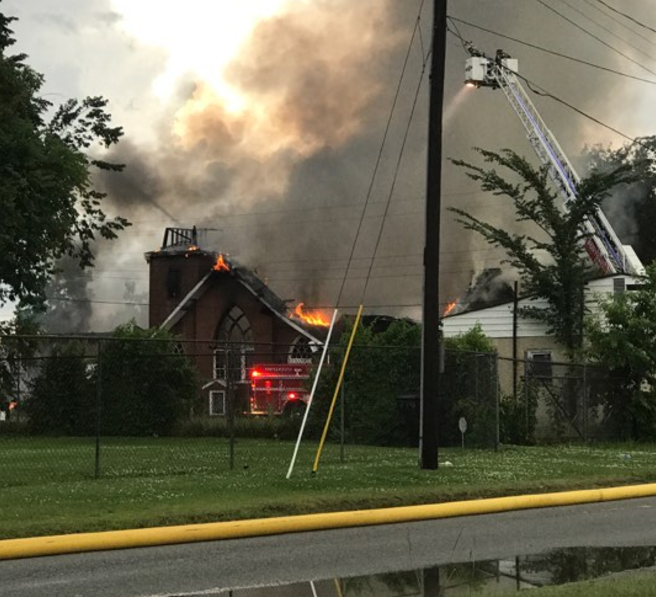