A fuel tanker wrecked in eastern Pakistan on Sunday, and as villagers converged to collect fuel leaking from the truck, it exploded, killing at least 140 people, according to police and hospital officials.

Nishtar Hospital, which is treating many of the wounded, said in a statement that more than 100 people were injured in the blast. Bahawalpur’s Victoria Hospital said it was treating 40 victims, all of whom have suffered burns on at least 70% of their bodies. 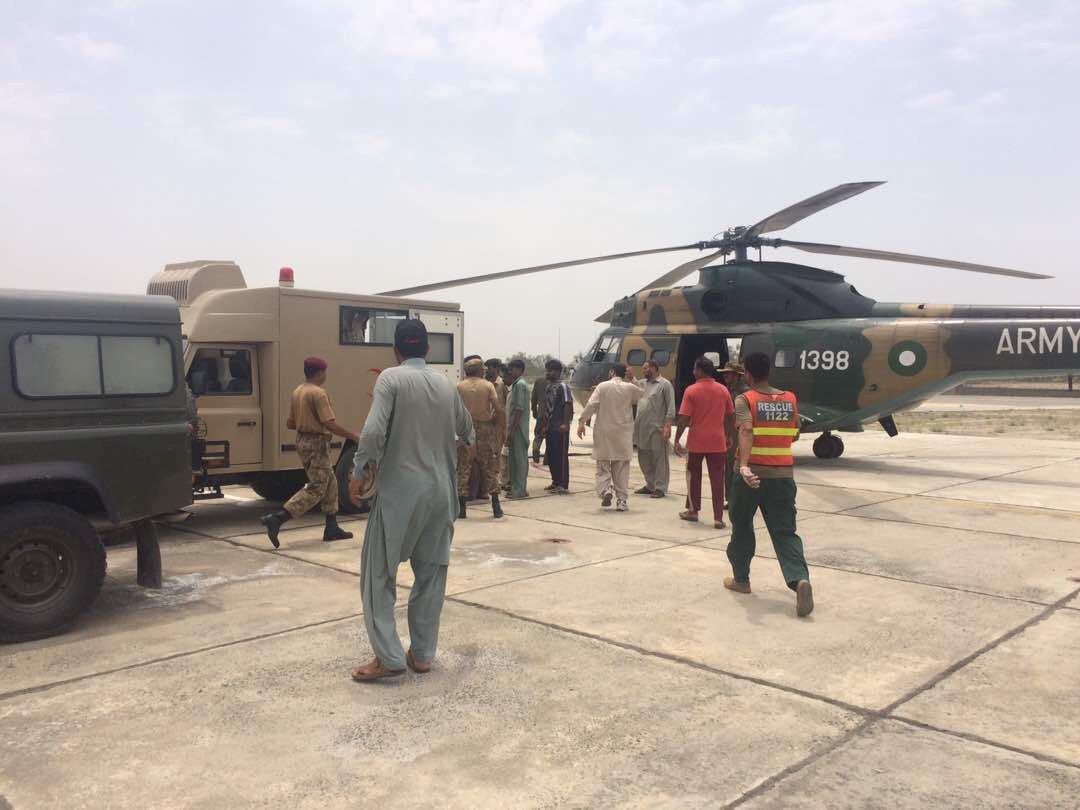 A state of emergency has been declared in the city, Punjab provincial government spokesman Salman Sufi said. Hospitals have been placed on high alert.

The truck veered off the road when the driver lost control in Bahawalpur, police official Mohammad Akhtar told CNN. As the tanker sat on the side of the road, fuel began leaking out in large pools. The explosion came as villagers began to gather around the truck.

Images from the scene showed the truck overturned with a gaping hole atop the tanker where the blast had ripped it open like a soda can.

It was surrounded by the husks of burned-out motorbikes and automobiles, their tires melted away from the heat.

Mohammad Shabbir, a villager, told CNN affiliate Geo TV that the vehicle’s driver had warned people to stay away from the truck but his warnings were not heeded.

“What is the use of this petrol? What will you do with it now?” he asked, gesturing towards a bucket in his hand.

It added that the road had been reopened and that traffic had started to flow again.

Amid criticism that the government has failed to respond adequately to the tragedy, the prime minister’s daughter tweeted that Sharif would cut short his trip to London and return to Pakistan immediately. He was in London for his grandson’s graduation ceremony, Maryam Nawaz Sharif tweeted.

Chief Minister of Punjab Muhammad Shehbaz Sharif has said an inquiry will be held into the incident.

Imran Khan, chairman of the Pakistan Tehreek-e-Insaf party, tweeted that the blaze was “a national tragedy of epic proportions.”

The politician and former cricketer said he had asked local leadership to assess what assistance could be provided to the injured and victims’ families.

The US Embassy in Islamabad tweeted its condolences.

“We are so saddened to hear of the terrible oil tanker accident in #Bahawalpur,” it said. “Our deep condolences to the families and loved ones of the victims.”