WILMINGTON, N.C. – The Coast Guard rescued five people from the water after their vessel capsized near the Masonboro Inlet Wednesday.

Watchstanders at the Sector North Carolina Command Center in Wilmington got a 911 call at about 8 p.m.

The caller said a boat with four adults and one 4-year-old child aboard capsized about three miles off Wrightsville Beach.

All five people were reported to be wearing life jackets and were clinging to the capsized vessel the Coast Guard said.

A 45-foot Response Boat-Medium crew launched from Station Wrightsville Beach at 8:10 p.m. The crew arrived on scene at about 8:20 p.m. and the crews rescued all five people from the water.

The boaters were then taken to the station with no reported injuries, according to the Coast Guard. 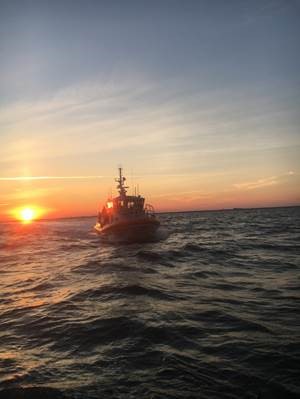