‘Rolling of the Bulls’ to take place Saturday in Hampton

HAMPTON, Va. – An exciting event is taking place in Hampton on Saturday — the ‘Rolling of the Bulls 2017!’

The event is inspired by the Running of the Bulls, which takes place in Spain, Portugal and in some parts of Mexico.

However, instead of your traditional bovine chasing you through the streets, instead you’ll be chased by the Dominion Derby Girls on skates with wiffle ball bats! 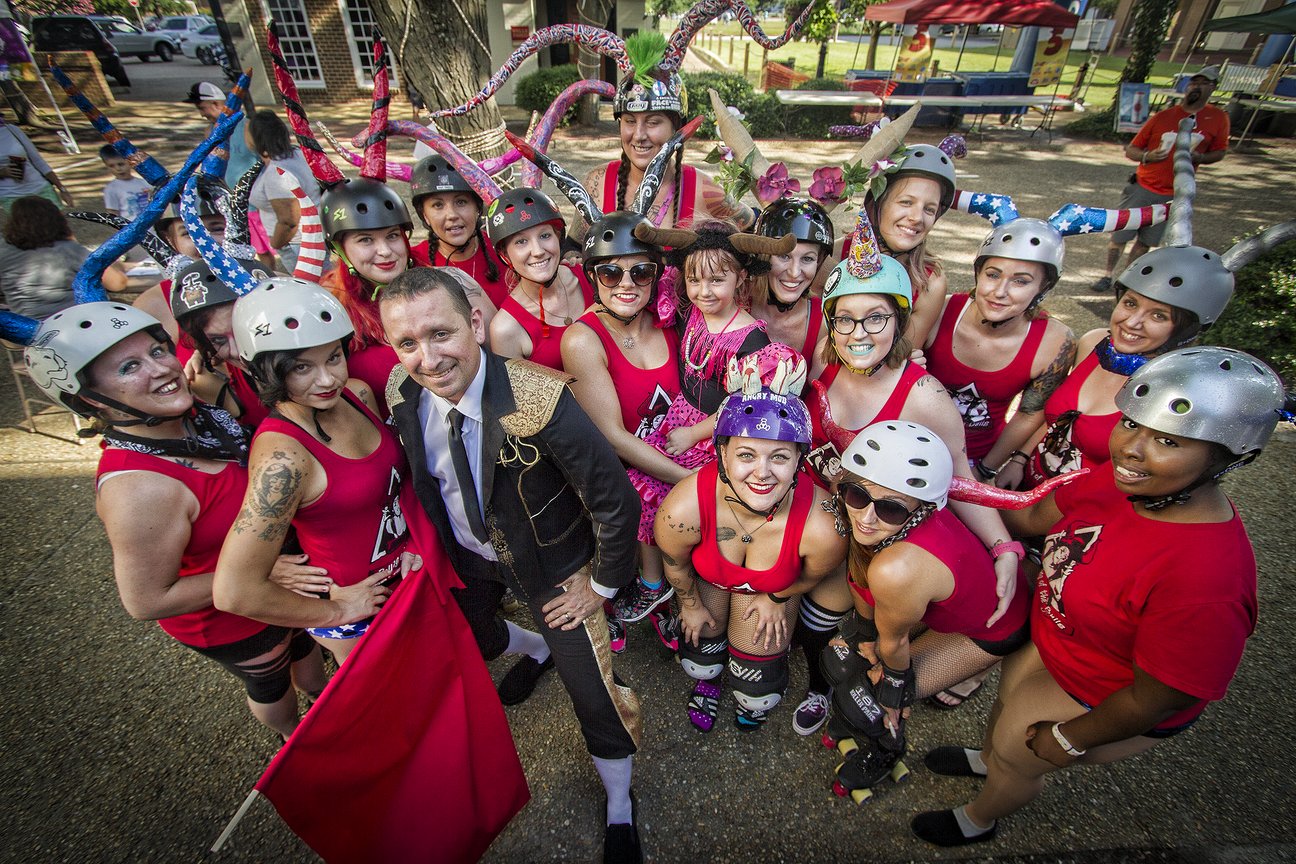 Rolling of the Bulls 2017 Schedule

5:45 p.m. – 6:30 p.m. Register for the Rolling of the Bulls – The rolling is free but you must sign up and be over 18 years-old to participate. Registration will be located in front of the deck at Marker 20.

6:40 p.m. The Rolling Begins: The runners go through the gauntlet of bulls and begin down the course following the police car

The Balloontina is patterned after La Tomatina. La Tomatina is a large tomato fight and carnival in the tiny town of Bunol, Spain. But because Carlyle is a carnivore, we are doing it with balloons with red food coloring in them. That way no tomatoes get hurt. The winner will be the person with the most amount of white clothes after the 2000 balloons have been thrown.

This year’s Rolling of the Bulls and La Balloontina will be part of the Downtown Hampton Block Party. Music will take place 6:00 p.m. – 10:30 p.m. Live music begins at 7:30 p.m. with the Will Overman Band and then Good Shot Judy takes the stage at 9:00 p.m.