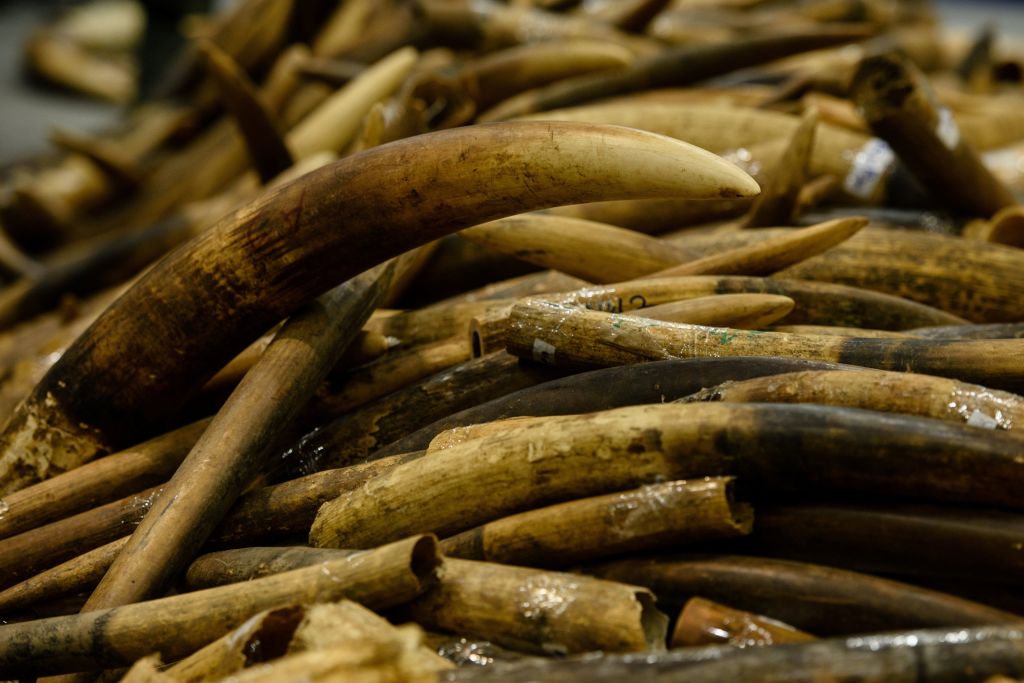 The tusks, which are worth an estimated $9 million (HK$72 million), were found hidden beneath frozen fish cartons aboard a container ship sailing from Malaysia, the Hong Kong Customs office said in a statement.

One man and two women have been arrested and an investigation is ongoing.

The seizure comes months after China outlined a plan to ban the ivory trade completely in 2017.

Hong Kong has long held the reputation as being the “dark heart of the ivory trade,” a port city that’s less regulated and provides a gateway to China.

The sale of ivory is still legal in Hong Kong, with restrictions, but the government plans to phase it out by 2021.

The trade has slowed down since a treaty banned international trade in 1989, but dozens of shops in Hong Kong are permitted to sell domestic ivory that predates the ban.

Hong Kong authorities keep a list of the number of ivory sellers and how much stock they have.

But conservationists have accused traders of using the legal trade as a cover to sell newer ivory, especially to mainland China — believed to be the biggest ivory market in the world.

“This (Thursday’s seizure) is the clearest indication yet that transnational organized crime syndicates are in a mad dash to move as much ivory as they can into Hong Kong to cash in on a compensation scheme being proposed by Hong Kong lawmakers,” said Alex Hofford of the conservation group WildAid.

Some of Hong Kong’s ivory sellers and carvers argue that if the practice is banned too quickly, their stocks will immediately become worthless and they will not be compensated.