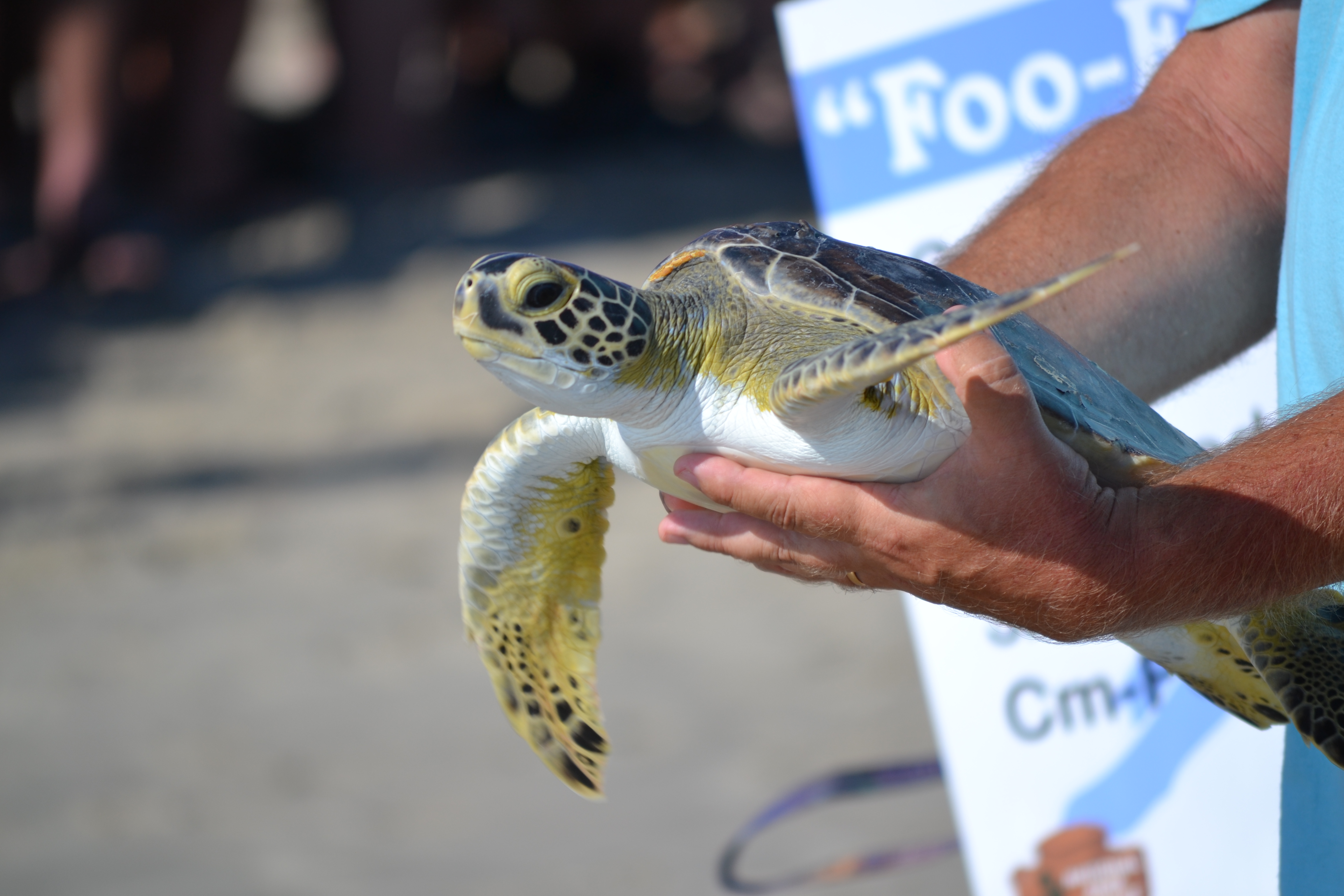 MANTEO, N.C. – The North Carolina Aquarium on Roanoke Island hosted their first beach release on the Outer Banks this year on Friday. Ten rehabilitated sea turtles returned to the ocean at the Cape Hatteras National Seashore on Coquina Beach.

The NCARI staff, volunteers from Endangered Sea Turtles (N.E.S.T.) and the U.S. Park Service worked together to release a Kemp’s ridley, a loggerhead, and eight green sea turtles.

“It is so rewarding to see these turtles return to their natural habitat,” said Sea Turtle Assistance and Rehabilitation Center Manager Amber White. “When they see the ocean, they are ready to go, and once they get into the surf, they are gone.”

Between December 2016 and March 2017 are when the turtles first came to the NCARI’s STAR Center and started treatment.

From 9:30 a.m. to 4 p.m. daily, aquarium guests can visit the STAR Center. Follow the NCARI Facebook page at facebook.com/NCAquariumRI to know when the next sea turtle release will be held.