Sheriff passes out sand pails to kids at Yorktown beach 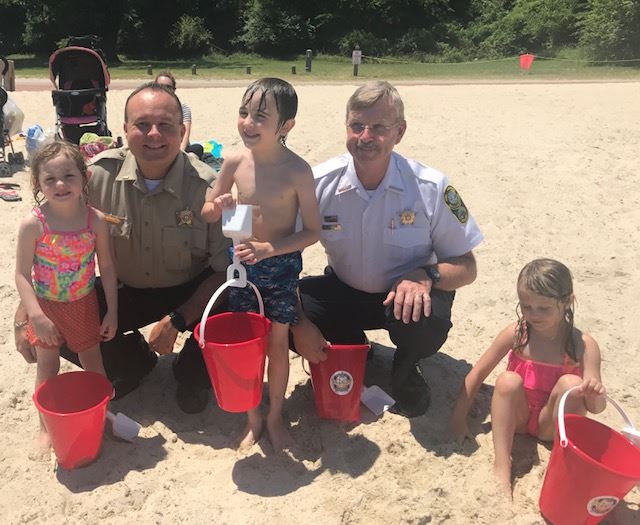 Several months ago, a man named John Douglas told Captain Ivey about an idea he had to create and donate “Beach Patrol” sand pails for deputies to give out to kids on the beach. Douglas hoped the pails would create a positive interaction between deputies and children.

Douglas, Sheriff Diggs and Captain Ivey created stickers with a custom design to put on the pails.

“We want kids to know that we are their friends, and hopefully this gesture will help them to realize that we are here to always help them. I really appreciate Mr. Douglas for coming up with this great idea and for him generously paying for the entire project,” Sheriff Diggs said.

Deputies will be handing out pails to kids all summer.