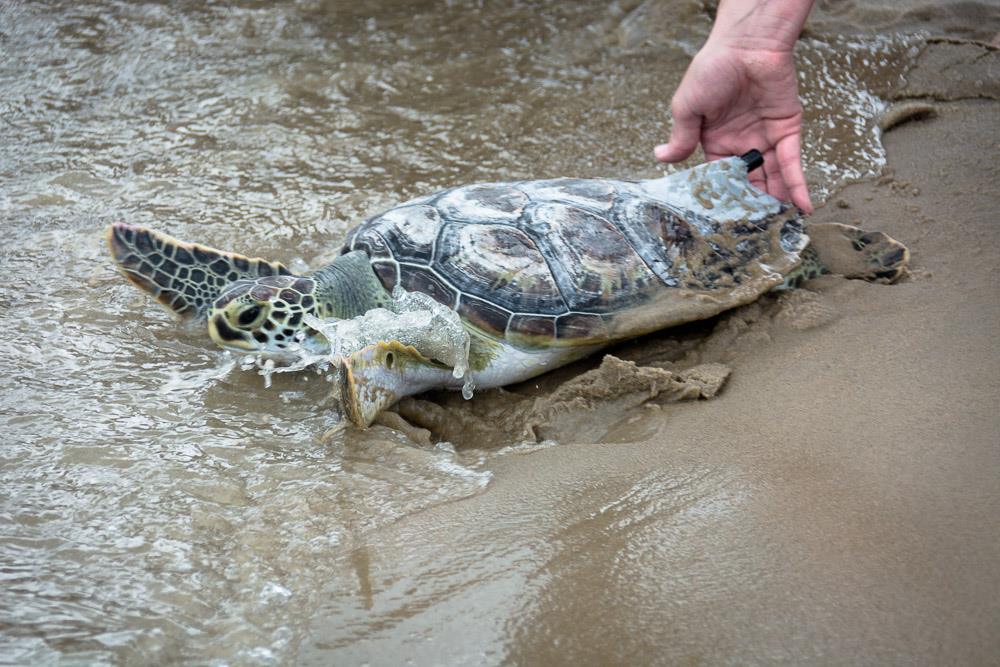 VIRGINIA BEACH, Va. – It’s back to the ocean for four rehabilitated sea turtles!

On July 10 at 9 a.m., the Virginia Aquarium & Marine Science Center’s Stranding Response Team released the turtles behind the Neptune Statue at 31st Street.

The turtles are some of the most common species in Virginia’s coastal waters, including Kemps ridley, loggerhead and green sea turtles.

A large crowd watched the release.

“If you see a stranded, entangled or hooked turtle, call the Stranding Response Team’s 24-hour hotline (757) 385-7575,” the aquarium said. “If a turtle is hooked, bring it up onto the pier or boat using a net; do not attempt to remove the hook yourself or cut the line. If you cut the line, leave 2 feet attached. Keep the turtle contained in a quiet, shaded area until the team arrives.”