The Marine Corps has released the names of the 15 Marines and one Navy hospital corpsman who were killed in Monday's crash of a KC-130T in Mississippi. 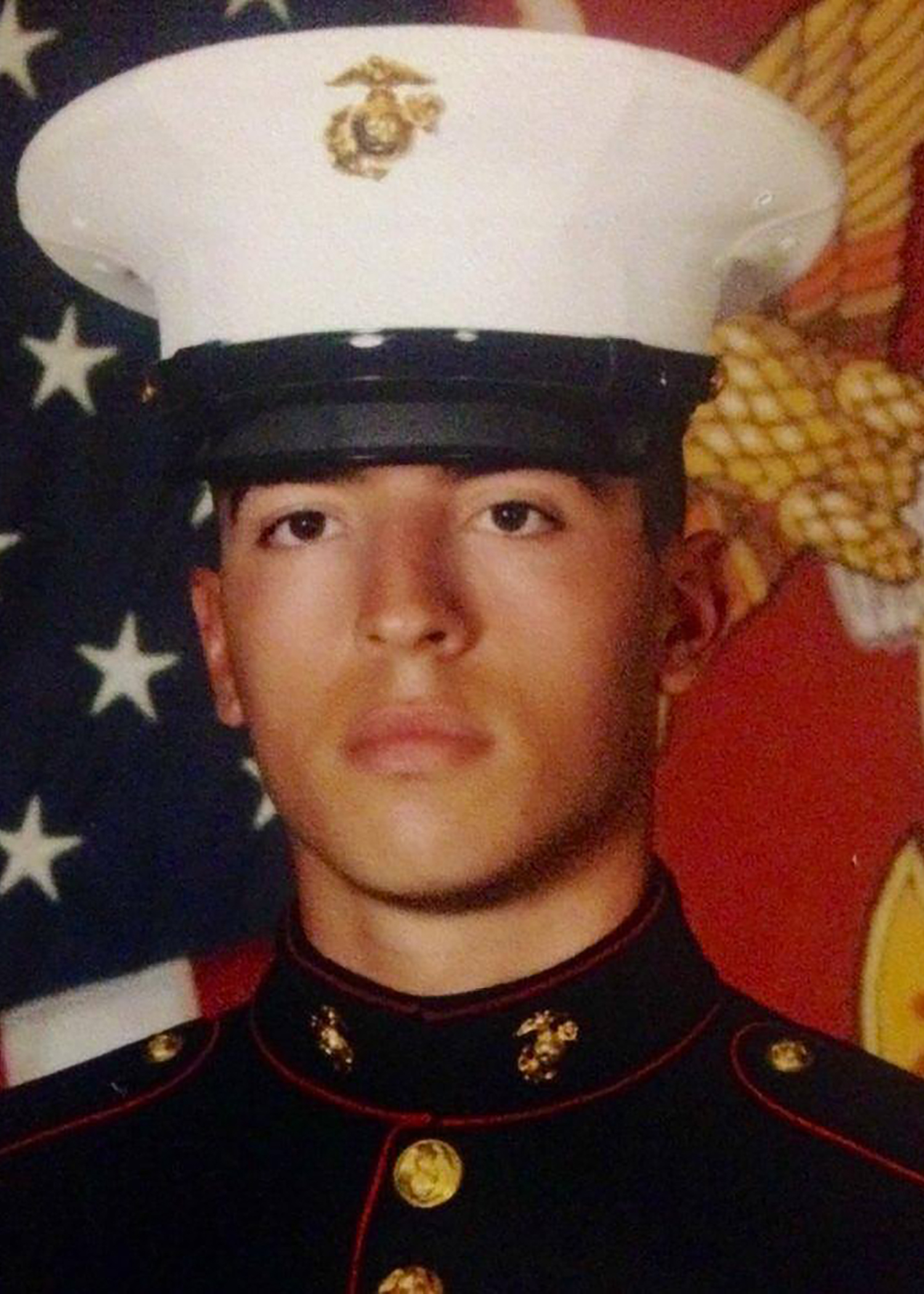 Here are some of their stories:

Mark Hopkins, a married father of three young children living in New York, was among those killed, a government official said.

Hopkins, 34, joined the Marines when he was 18, and was a navigator, according to the Goodwill Church in Montgomery, New York.

Hopkins was born in Michigan and raised in Chesapeake, Virginia. He was a 2001 graduate of Great Bridge High School.

The gunnery sergeant had been married for just three years and his children are 2, 1 and four months old.

Hopkins was called creative, compassionate and genuine. He was deeply religious, the church said.

"He is most known for his unforgettable, radiant smile," the church said. "He was always happy and had a welcoming presence about him. He had a knack for always bringing out the best in others."

He is survived by his mother; three siblings; his wife, Patricia; and his children.

Dan Baldassare, a Marine from Colts Neck, New Jersey, was a victim of the plane crash, according to a tweet from the Monmouth County government. "We are forever grateful for his service," the tweet read.

Gunnery Sgt. Brendan Johnson once told his dad, "I got the best job in the Marine Corps." Johnson was a loadmaster, helping to manage the cargo in the back of the planes.

After graduating from Johnson State College in Vermont, he joined the Marine Corps in 1994. Throughout his career he flew to Europe, Africa, and South Asia as well as active war zones in Iraq and Afghanistan. "I'd much rather be flying than doing excel spreadsheets," he told his father.

Despite his busy schedule, he still found time for his passion of fine art, painting portraits of retired military families in his spare time. Johnson was married and most recently living with his wife in New York. They did not have any kids. He was planning on retiring from the military next year.

Staff Sgt. William Joseph Kundrat, 33, was the son of a Marine, but "he didn't follow in his dad's footsteps, he marked his own path," his mother, Lynda Kundrat, told CNN.

"You breathe every breath you take into your lungs because you are American," she said. "And with every breath in their body -- a Marine will fight for you. My son was one of those Marines. He's my hero."

A native of Frederick, Maryland, Kundrat was known to friends and family as Billy Joe.

His mother said he had an infectious smile and was in love with his wife, who was his high school sweetheart. The couple had two children.

"My son was a warrior. My son was trained very well to be a Marine," Kundrat's mother said. "These were the elite. These were the cream of the crop. The loss of these 16 people are immense."

Navy Corpsman Ryan Lohrey, 30, a native of Middletown, Indiana, was a medic identified by US Sen. Joe Donnelly.

"Ryan served our country with honor and we are grateful for his selfless service," the Indiana senator said on his web page. "He will be missed, and I send my condolences and prayers to his family and friends."

Lohrey graduated from high school in 2005. He was a football star who was determined to become an elite Navy SEAL. Lohrey's former high school teacher and football coach, Brent Kinsey, remembered him as standout person.

"One of those kids that you just don't kind of forget," Kinsey told CNN affiliate WISH. "He made a great impact on our school community."

Lohrey's high school yearbook picture came with the quote, "Live life the fullest you can. You never know when it could end."

Kinsey said Lohrey did just that.

"He did live life everyday to the fullest. It's ironic," he said. "I hope we all do that."

Texas native Staff Sgt. Joshua Snowden was a "positive force" in the lives of everyone he met, his family tells CNN.

The family issued a statement summing up Snowden's life and personality, calling him "a dedicated Marine, a steadfast friend, and an honorable man."

He played lacrosse at Texas State University, the school said. He graduated in 2010 with a bachelor's degree in communications, CNN affiliate KEYE reported.

Texas State and the Men's Collegiate Lacrosse Association mourned his death in tweets.

Family members are proud of Snowden's years with the Marines.

"We grieve for Joshua and for the fifteen others who leave behind enormous voids in the hearts of their loved ones. To borrow the words of one of his friends, 'heaven has gained one hell of an angel.' "

Sgt. Joseph Murray, 26, was identified by his family as one of the victims in the Mississippi plane crash.

Since joining the Marines in 2009, the Jacksonville resident served two tours in Afghanistan before becoming a special operations Marine based in North Carolina.

In a statement to WJXT, Murray's wife Gayle said her husband was a caring father to their four children who always had his priorities straight.

"Everyone knew him as a family man. He would do anything for me and our kids. He loved to play his guitar and ukulele for us. What he wanted most in the world besides our happiness was to destroy evil on this Earth."

Military plane crash victims: ‘These were the cream of the crop’