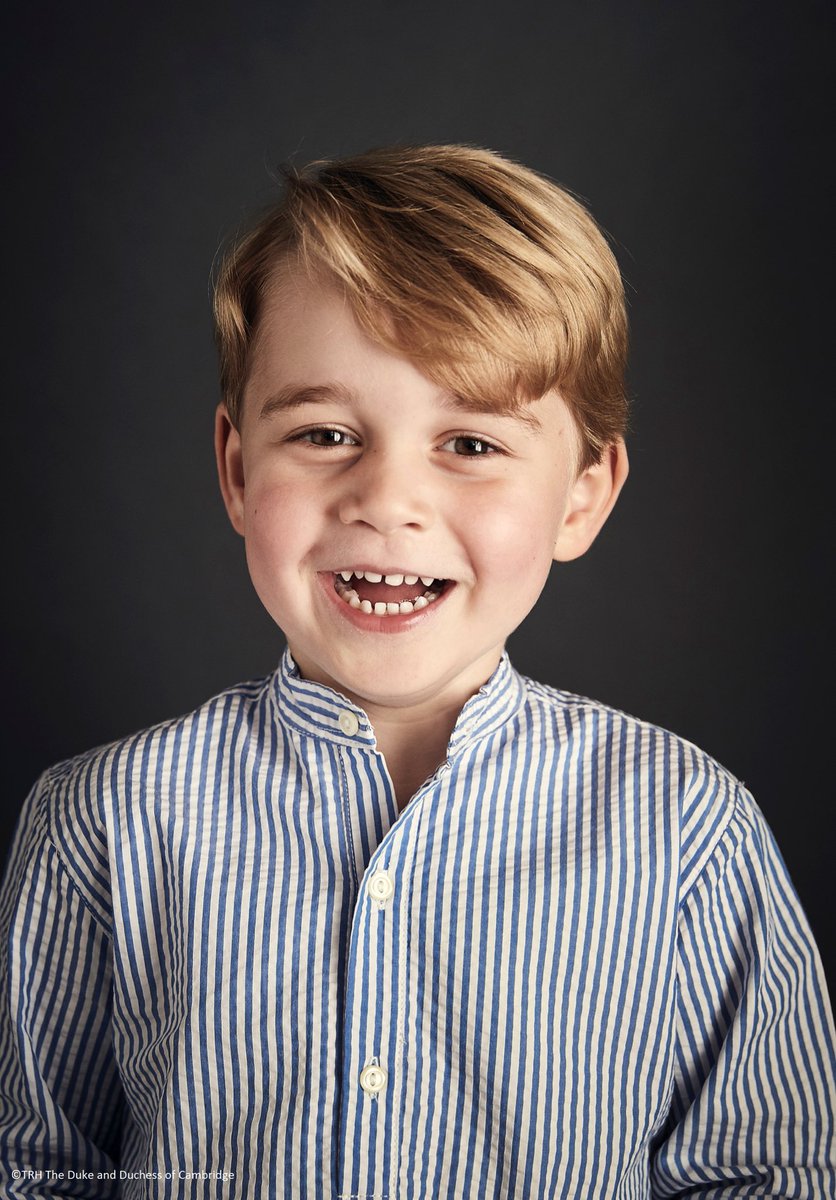 You have to admit: Prince George is one cute 4-year-old.

The young lad certainly looks like a happy boy, with a smile in his eyes and a toothy grin in an official portrait released by Kensington Palace to coincide with his birthday on Saturday.

“(His parents, Prince William and Kate Middleton) are delighted to share a new official portrait of Prince George to mark HRH’s 4th birthday tomorrow,” Kensington Palace said in a tweet on its verified account.

George’s parents, the palace added, “are very pleased to share this lovely picture, and would like to thank everyone for all of the kind messages they have received.”

The photo was taken in June at Kensington Palace by Getty Photographer Chris Jackson.

Jackson tweeted that he was honored the Duke and Duchess of Cambridge released his photo.

Jackson posted another photo of Prince George taken Friday on the last day of the family’s trip to Germany.

He wrote: “On the eve of his birthday little Prince George got to explore a helicopter in Germany!”