WILLIAMSBURG, Va. - A man is in custody following an hours long standoff at Ebby's Auto Painting and Collision Repair on 2nd Street.

Sheriff Danny Diggs with the York-Poquoson Sheriff's Office said the investigation began as an "active shooter" at about 9 am Tuesday.

One person was shot multiple times during the incident and was taken to a hospital. Sheriff Diggs said the person is undergoing surgery.

Sheriff Diggs said the suspect walked into the business around 9 a.m. and started shooting. There were approximately nine people inside of the business when the incident started.

The victim is an employee of the business and the suspect specifically targeted him, Sheriff Diggs said.

Another employee had been held as a hostage for a short time but was quickly released.

Sheriff Diggs said the suspect is 40-year-old Michael Taylor. He was taken into custody after officials deployed gas, entered the building and tased him.

"What a relief," Diggs said once the standoff was over. "People could've died."

Magruder Elementary School and Queens Lake Middle School have lifted their lock downs and buses will take students home. Parents who usually pick their children up can now do so.

Taylor is from Hampton. He has been charged with attempted first degree murder, shooting in an occupied building, and use of a firearm in commission of a felony. He was taken to the Virginia Peninsula Regional Jail and is being held without bond. 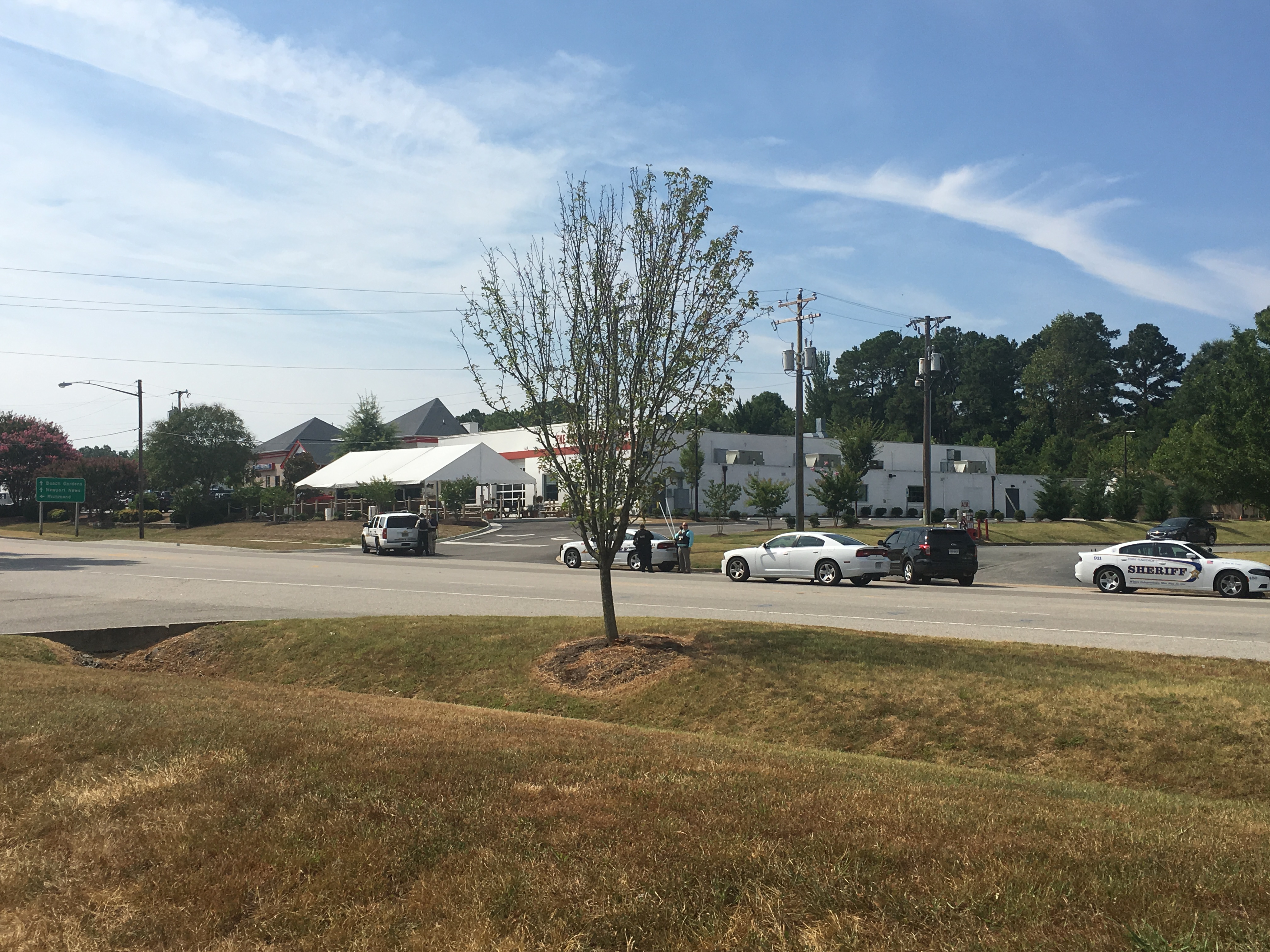