NORFOLK, Va. - Less than a week after President Donald Trump visited Norfolk to commission the Navy's newest aircraft carrier, the ship is celebrating its first successful landing and launch of aircraft using a brand new system.

The USS Gerald R. Ford (CVN 78) launched and recovered its first fixed-wing aircraft off the coast of Virginia Friday. The first arrested landing, or "trap," took place at 3:10 p.m., while the first catapult launch happened at 4:37 p.m.

"AAG and EMALS have been successfully tested ashore at Lakehurst, New Jersey, but this is the first shipboard recovery and launch of a fleet fixed wing aircraft," added Capt. Rick McCormack, the Ford's Commanding Officer.

The advanced arresting gear (AAG) is designed to provide higher reliability and safety margins. It also allows for the arrested landings of a greater range of aircraft and reduce the fatigue impact load to the aircraft.

The electromagnetic launch system (EMALS) is designed to expand the operational capability of the Navy's future carriers to include all current and future planned carrier aircraft. While the mission and function of EMALS remains the same as those of the traditional steam catapult, this system improves upon execution by improving system maintenance, increasing reliability and efficiency, and ensuring more accurate end-speed control and smooth acceleration.

The Superhornet caught the number 2 arresting wire of Ford’s AAG system and was launched from catapult 1 using EMALS.

“I could not be more proud of the men and women who, for the better part of the last two decades, have worked to bring these new technologies to the fleet,” said Capt. Stephen Tedford, program manager.  “Their perseverance and dedication to service have made this day possible.”

"My team has worked very hard, together with experts from NAVAIR, Huntington Ingalls Industries, and General Atomics, to test this first-in-class technology," said Cmdr. Thomas Plott, head of Ford's air department. "Today is a validation of their dedication and hard work." 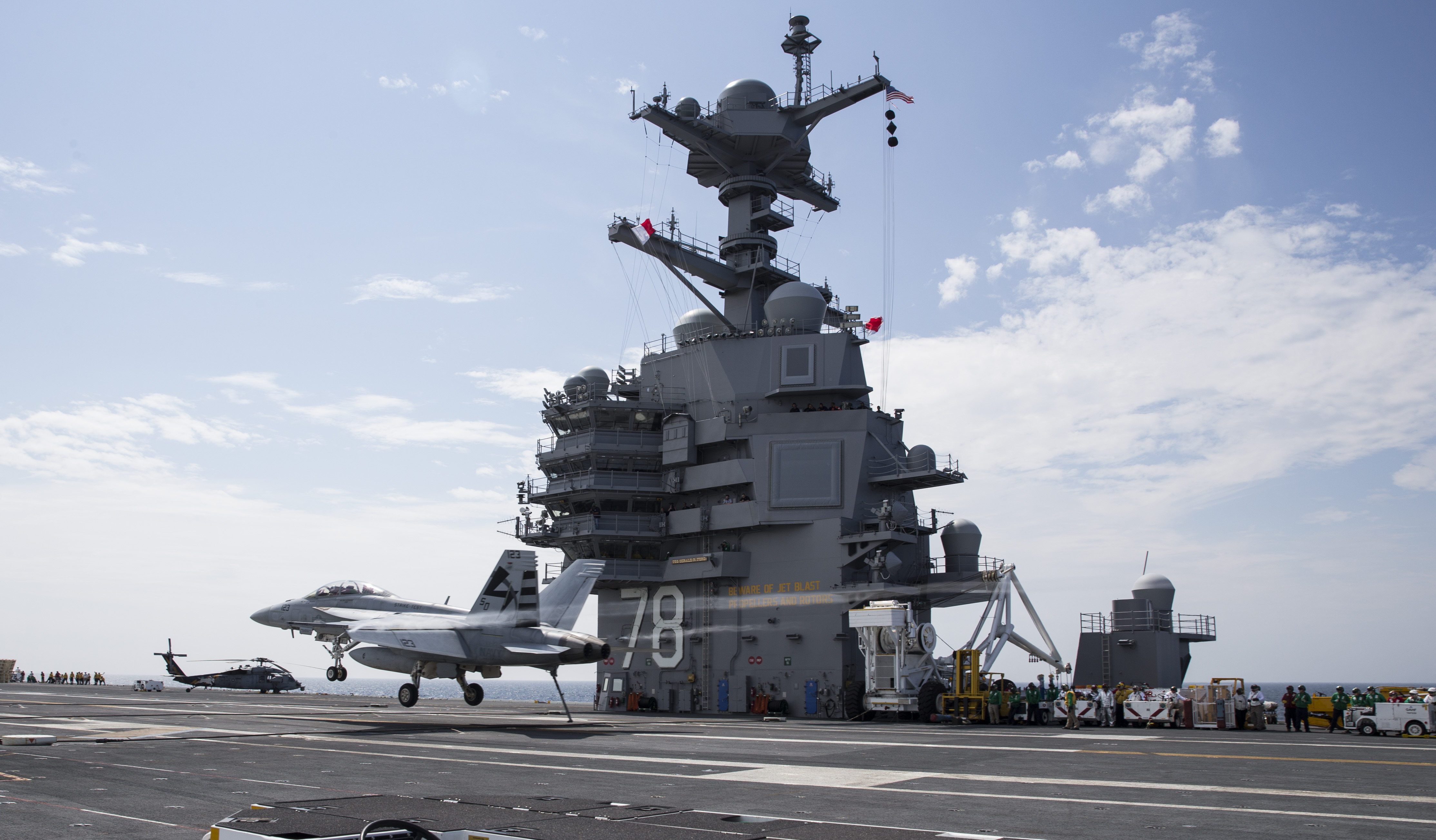