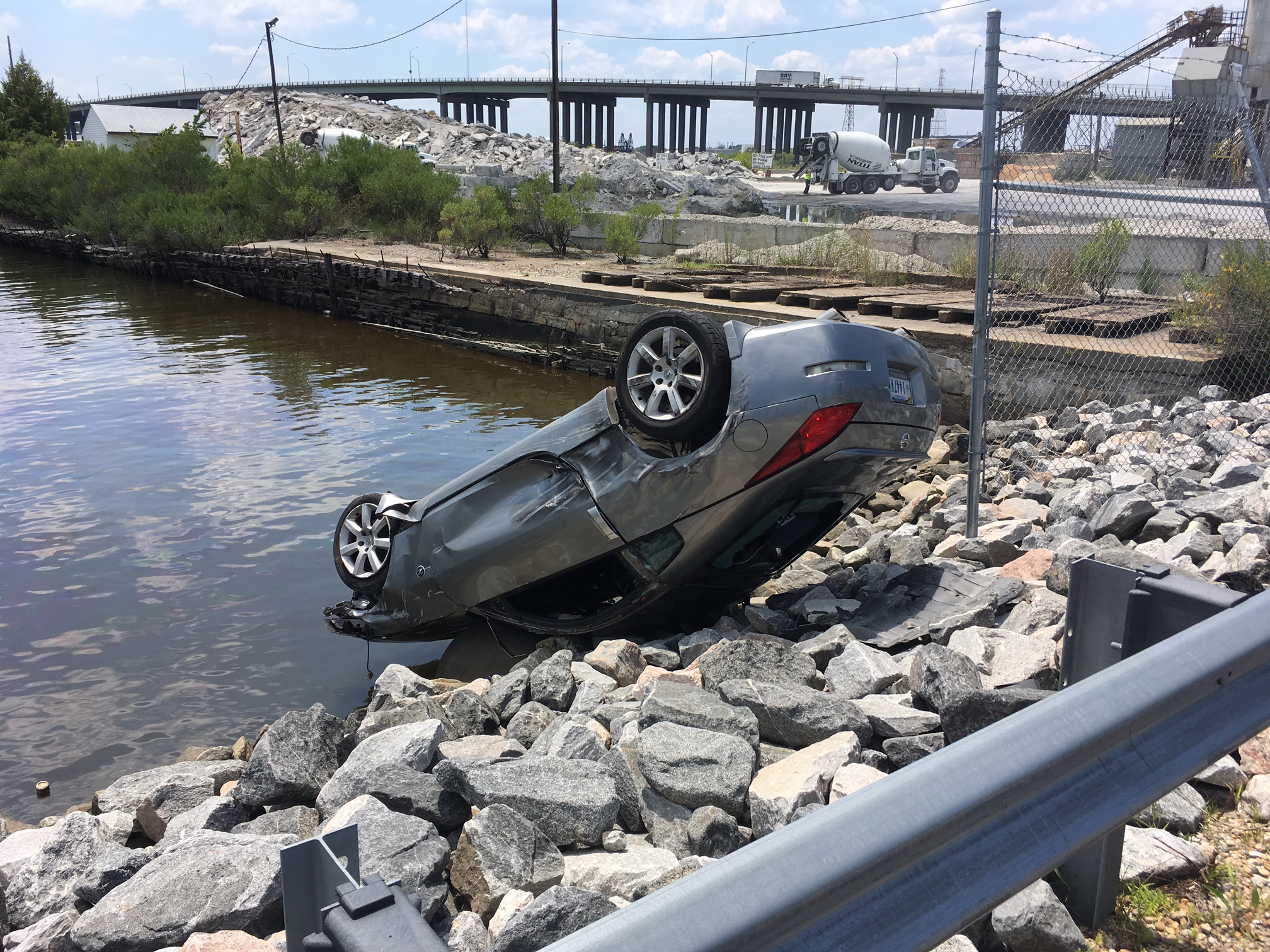 Norfolk Police responded to the 2100 block of Kimball Terrace just after 1 p.m.

Preliminary investigation revealed a dump truck was driving eastbound on Kimball Terrace and had slowed to make a left turn into the construction yard.

According to Norfolk Police, a gray Nissan traveling three cars behind the dump truck crossed over the solid double lines, into the opposite traffic lanes, and attempted to pass the other cars and dump truck.

As the Nissan was passing the truck, it hit the front driver’s side of the truck. This caused the Nissan to spin into the guardrail and then flip over the rail and land on the rocks below.

Police say charges are pending against the driver of the Nissan.