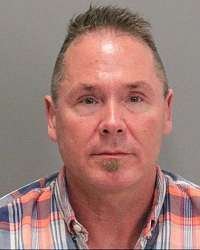 If you see something, say something.

A woman on a Seattle-to-San Jose flight this week took that law enforcement mantra to heart when she spotted a fellow passenger allegedly texting about sexually molesting children, the San Jose police said.

She immediately alerted the crew, leading police to arrest a man and a woman on charges of sexually exploiting minors.

“I’d like to highlight that if it wasn’t for this particular passenger taking action to alert the staff and alert the police, this catastrophic event would have been horrific,” San Jose Police Sgt. Brian Spears told CNN.

The incident unfolded Monday on a Southwest Airlines flight.

The woman, who’s an early childhood educator, saw a male passenger seated in front of her texting the material, the San Jose police said.

Spears told CNN the passenger was able to take photos of the man’s text conversation because the font and screen were large.

The woman told the flight crew, and a crew member summoned police working at the Mineta San Jose International Airport on landing.

He was booked into the Santa Clara County Jail in California on two counts of attempt child molestation and two counts of solicitation of a sex crime, San Jose police said..

The detectives looked at the man’s phone and found the text messaging recipient — a woman in the Tacoma area, Seattle police said.

Seattle police said there was “information that the woman had access to the children either as a caregiver or a babysitter.”

Investigators tracked the woman down to a residence in the Tacoma, Washington, area.

She lived there with her ex-husband, his wife and three children, police said.

“The detective obtained search warrants for the Tacoma home and the residence of the male suspect,” Seattle police said.

The woman has been identified as Gail Burnworth, 50, according to San Jose police.

She had been booked into the Pierce County jail in Washington for sexual exploitation of a minor, rape of a child 1st degree and dealing in depictions of a minor engaged in sexually explicit conduct, San Jose police said. The county corrections website on Friday listed her as no longer in custody.

Capt. Mike Edwards, commander of Seattle police Internet Crimes Against Children task force, said authorities had to release Burnworth because prosecutors didn’t get the charging documents to court within 72 hours. He said authorities need to reestablish probable cause, find her and rearrest her.

San Jose police said two young children have been identified as victims and that they are now safe.

Attempts by CNN to reach the attorneys for the accused have been unsuccessful.

The King County Prosecutor’s Office in Washington is reviewing the case for charges in Washington state and it is talking with the US Attorney’s Office to assess whether federal charges would apply.