NORFOLK,  Va. - A fire destroyed a house in the Ocean View section of Norfolk on Sunday night.

Calls for the fire on West Ocean View Avenue came in after 9 p.m. Sunday evening.

When Norfolk Fire-Rescue crews arrived, they found the building fully engulfed in flames, which started to affect neighboring homes.

Later, officials called a second alarm because of how massive the flames were. It took 45 firefighters to knock the flames down.

Firefighters declared the fire to be out around 11 p.m. 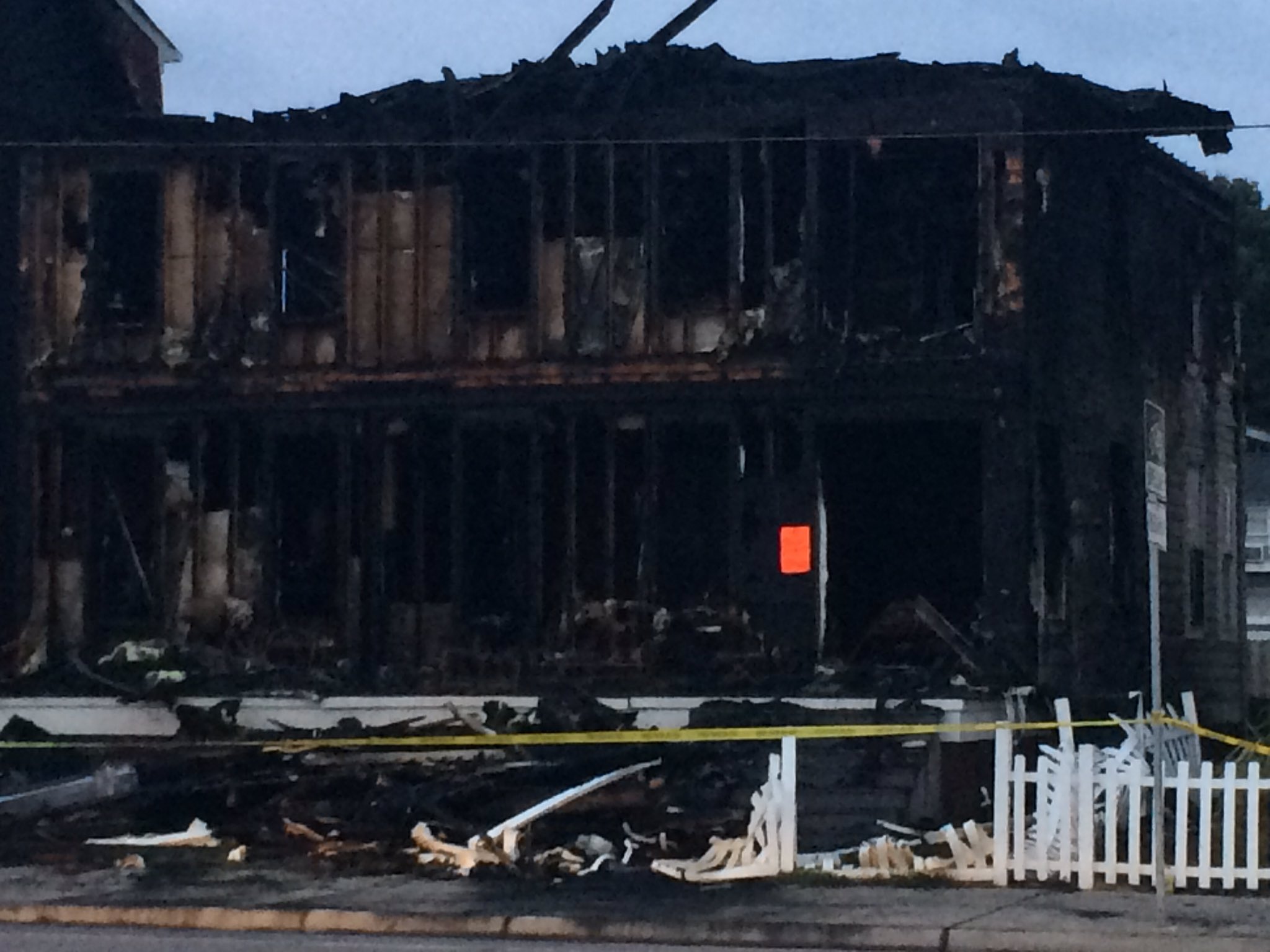 A man was home at the time of the fire, but was able to escape without any injury.

No injuries were reported during the incident.

Neighbors tell News 3 they could heavy smoke and flames coming from the building. The building was declared a total loss.

A smoldering mattress caused a fire to spark on Monday. It was the second fire to hit in about 12 hours.

A total of eight people were displaced from the home -- five adults and three children.

There has been no word on the cause of the fire but fire officials are investigating. At this time, it appears as though the fire started on the front porch area.

"We noticed the fire start on [the neighbor's] porch and it just grew from there," said Jimmy Spitler, whose fiance lives in the building. "There was a panic. I just wanted to get everybody out."

The flames were so intense, it spread to his fiance's home.

"At one point, I went inside to grab animals  out and whatever else I could get out," he said.

(Video submitted by a News 3 viewer)