The drill demonstrates the ability of NAS Oceana and the City of Virginia Beach to respond and recover from a mass casualty incident that occurs during an air show.

"In the military we spend a lot of time training for things we hope don't happen and this is just one of those things that keeps our skills sharp," Naval Air Station Oceana Commanding Officer Captain Rich Meadows told News 3 anchor Todd Corillo.

This year had an anti-terror focus for the drill, with a simulation of a truck plowing into a crowd of people watching the air show and a simulated explosive device thrown towards the jets.

Virginia Beach Emergency Manager Erin Sutton says the city and the Navy work together closely already and drills like Thursdays reinforce that commitment.

"We provide a support here, we integrate with their first responders so it's almost seamless," Sutton commented.

"As long as we know each other's steps, whether it's boots on the ground or at the command level, that shaves off the seconds and minutes in a response," she continued. 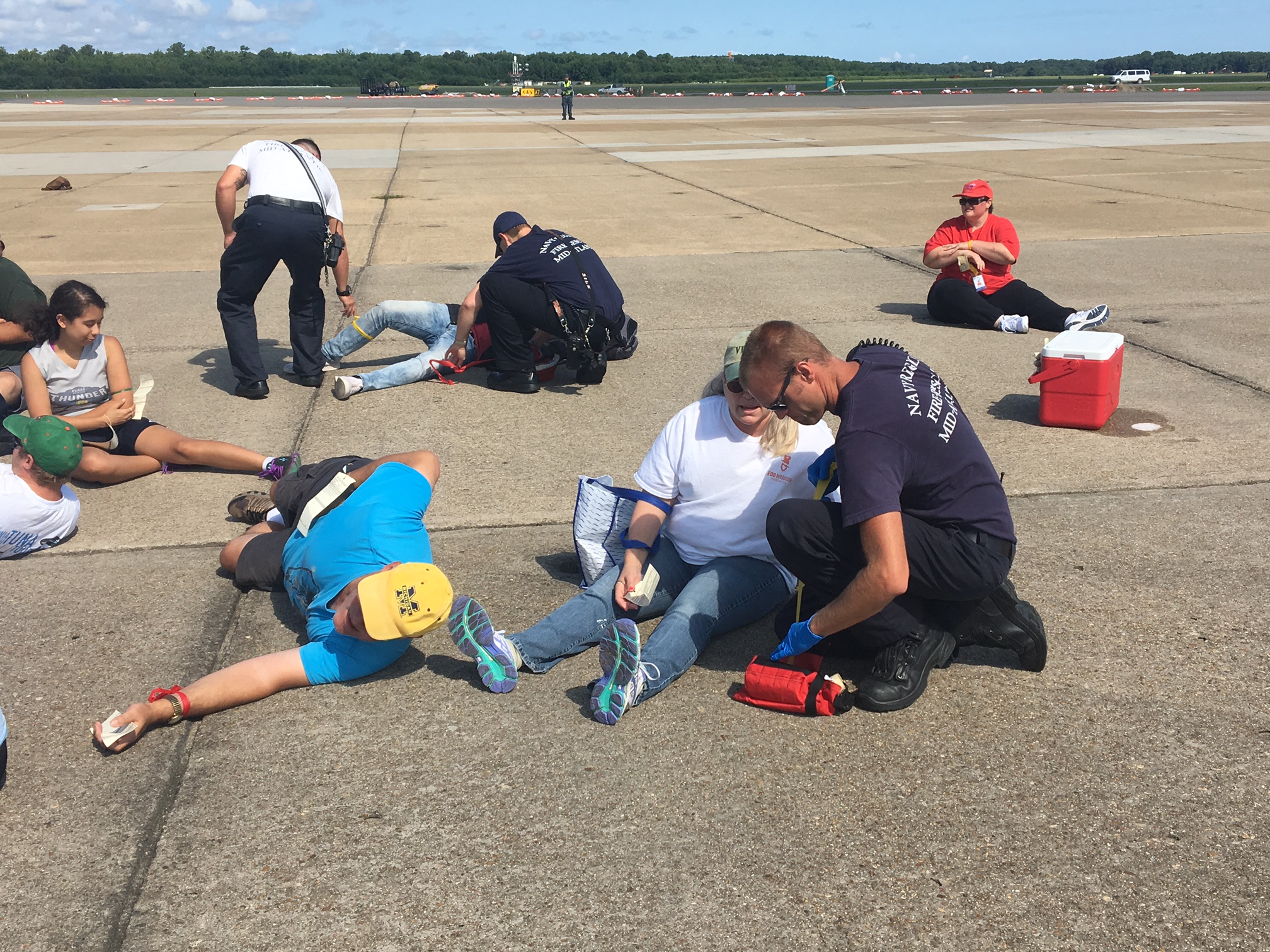