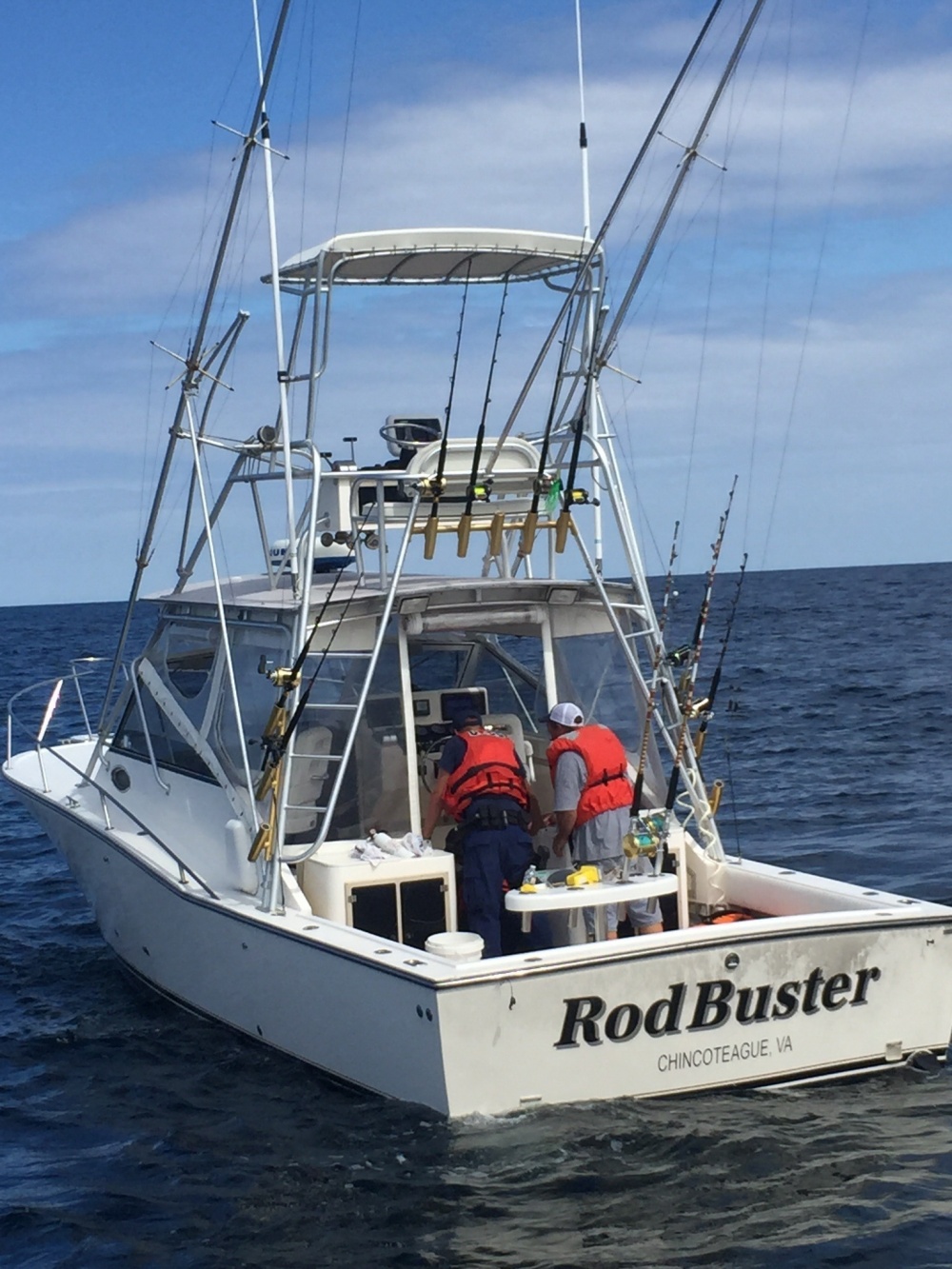 Watchstanders with the Sector Hampton Roads Command Center in Portsmouth received a call from two men aboard the 32-foot boat Rod Buster who said there was a fire onboard the vessel. A rescue boat from Station Chincoteague was dispatched to assist in the matter.

While rescue crews were on the way, the mariners were able to extinguish the fire, but the boat began taking on water.