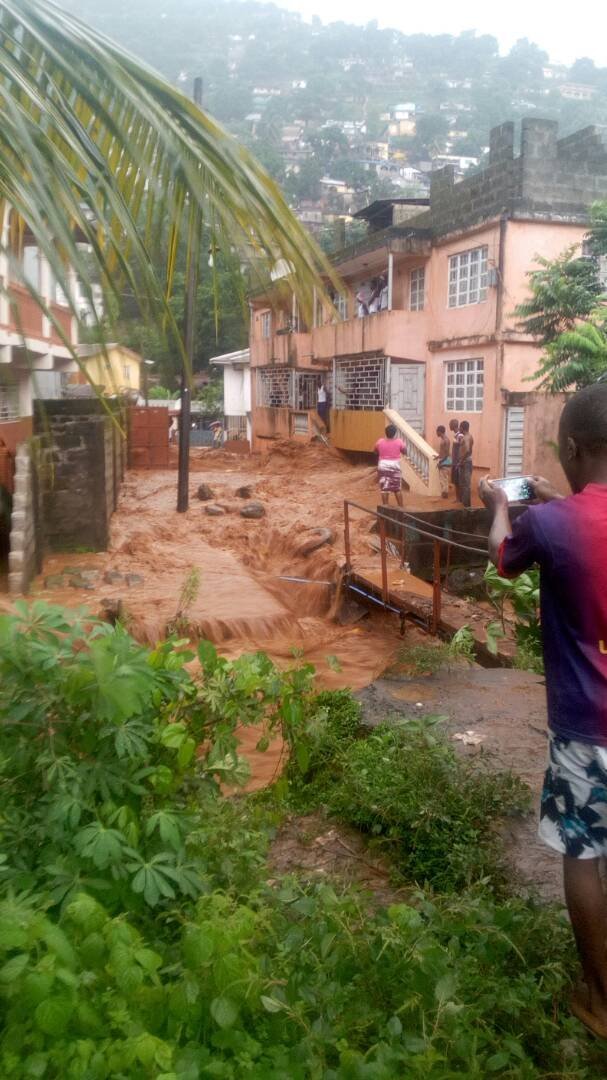 Sierra Leone has been “gripped by grief” after massive mudslides near the capital city of Freetown, the country’s President said in a speech to the West African nation.

Hundreds of people are feared dead after landslides swept through the outskirts of the rain-soaked city early Monday, according to government officials and aid agencies.

A spokesman for the International Committee of the Red Cross in Sierra Leone said authorities have recovered the bodies of 205 people and the number is expected to rise, with more than 1,000 others affected.

“Many of our compatriots have lost their lives, many more have been gravely injured and billions of Leones worth of property destroyed in the flooding and landslides that swept across some parts of our city,” President Ernest Koroma said in his speech Monday.

Koroma said the government and development partners had established an emergency response center to coordinate its response to the disaster and provide relief to survivors. He called for calm and asked that people avoid disaster-prone areas.

The United Nations office in Sierra Leone said on its Twitter account that it was assessing the damage and preparing a response.

Abdulai Bayraytay, spokesman for Koroma, earlier told CNN the immediate priority was to help the victims.

“At the moment, we are concentrating on search and rescue and providing medical and therapeutic support to the community affected,” he said.

Bayraytay said the place most affected was Mortema, which is a few miles outside of the capital in the Regent district.

The police, military and the Office of National Security were all involved in the rescue mission.

“We have alerted all hospitals so that those rescued can be provided with immediate support on site or be ferried to hospitals,” Bayraytay said.

Social workers have also been sent to comfort the survivors.

“The whole country is traumatized by the magnitude of the disaster,” he added.

Bayraytay said President Koroma had already visited the scene “to provide words of comfort to the victims”.

Vice President Victor Foh told Reuters that hundreds of people could be lying dead underneath the rubble.

“The disaster is so serious that I myself feel broken,” he was reported as saying. “We’re trying to cordon (off) the area (and) evacuate the people.

It is the rainy season in Sierra Leone and this year has been particularly wet, with Freetown receiving more than 41 inches of rain since July 1 — about triple the average of 13.8 inches, according to the US National Weather Service’s Climate Prediction Center.

Save the Children said that in addition to the mudslides, torrential flooding had destroyed buildings and left homes underwater in low-lying areas of Freetown.

“The mudslide swept down from the hills on the outskirts of Freetown early this morning and spared nothing in its path,” said Sasha Ekanayake, Save the Children’s Sierra Leone Country Director. “Houses are buried and entire families are missing, including children.”

Ekanayake said children needed to be given shelter so that they were protected from deadly waterborne diseases as the flood waters recedes.

“We are still in the rainy season and must be prepared to respond in the event of further emergencies to come,” she said.