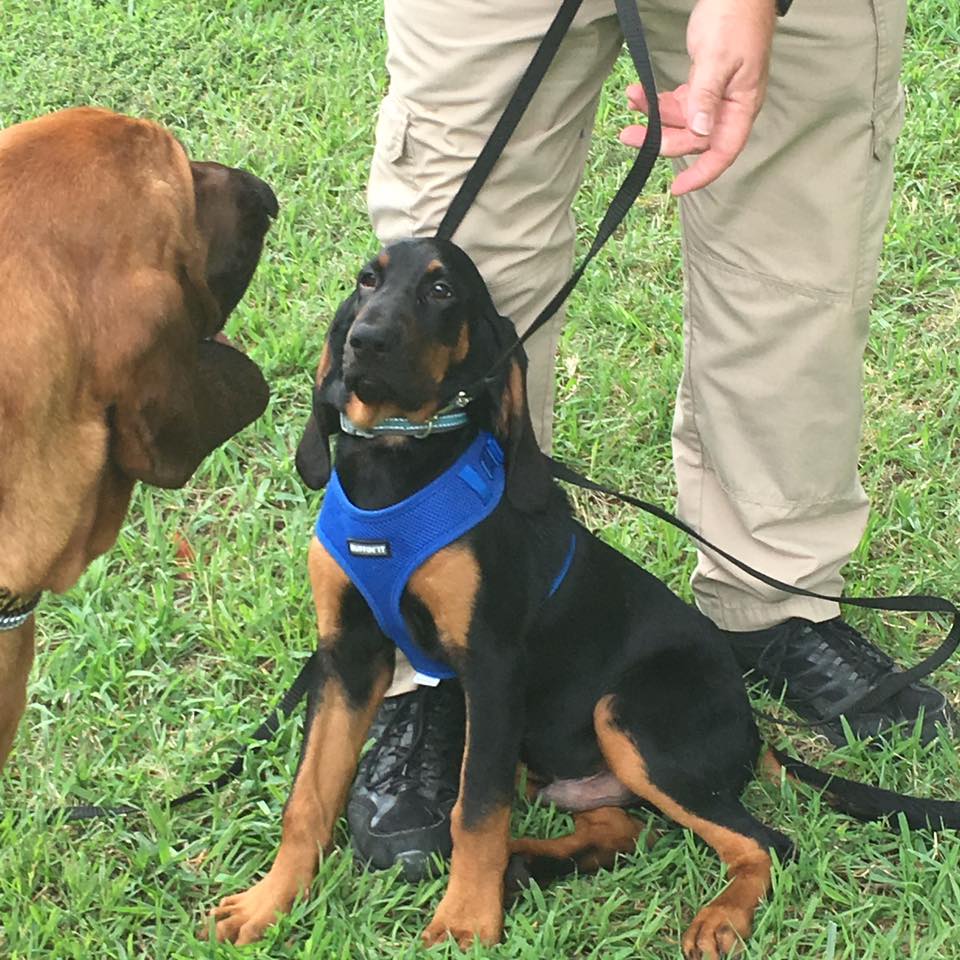 Deputy K-9 Duke met his fellow K-9 Buckshot and practiced tracking. His handler says he’s “looking for great things from this hound in the future.”

Duke is a 12-week-old male bloodhound that was donated to the Sheriff’s Office.

His name was chosen by the community through a survey.

The Sheriff’s Office says there will be several upcoming meet and greets that will be announced at a later date.