RICHMOND, Va. (WTVR) — Federal investigators have launched a phone line and website for tips related to the weekend violence in Charlottesville, CBS 6 reports.

“Many citizens have proactively contacted law enforcement to provide information and video captured of possible criminal activities and persons during that time frame,” officials said in a news release.

However, officials want to make everyone with information that could help their investigation, especially if they have photos or videos, to contact  at 1-800-CALL FBI (1-800-225-5324 option for “Recent Events in Charlottesville, Virginia”) or click here to post a tip on the FBI’s website. 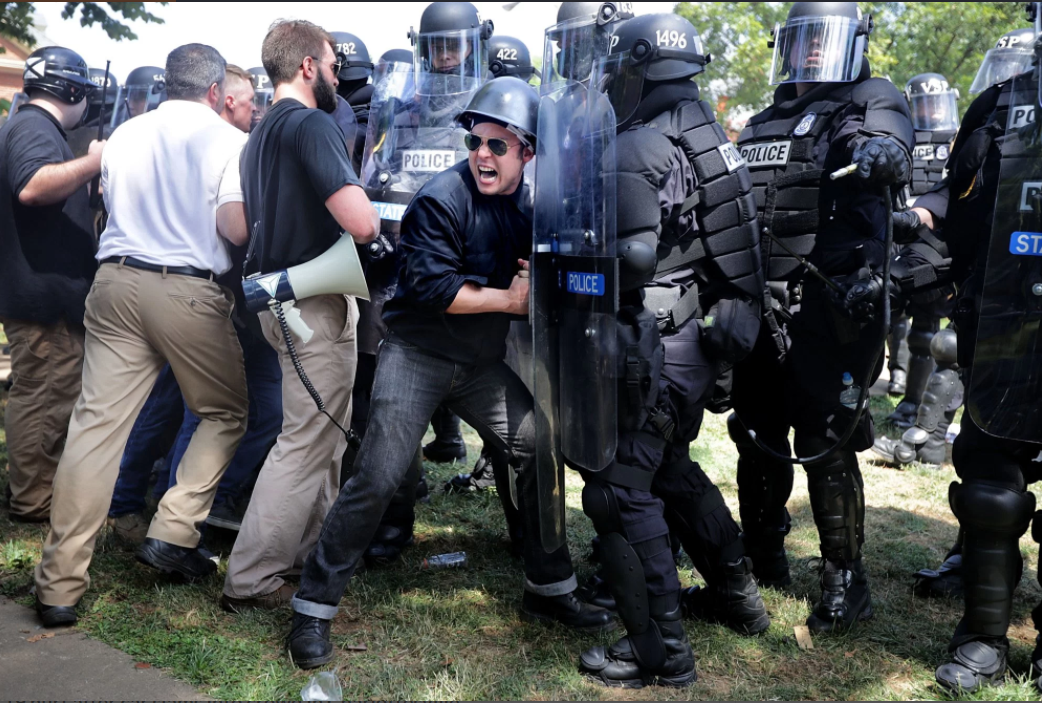 1 dead, 19 hurt after car slams into crowd in Charlottesville

James Alex Fields Jr., 20, is accused of driving his car into a crowd of people, killing Heather Heyer, a 32-year-old paralegal, who was protesting the “Unite the Right” march near the Downtown Mall on Saturday.

Fields is being held on suspicion of second-degree murder, malicious wounding and failure to stop in an accident that resulted in death. It is unclear whether he has an attorney.

The incident took place as hundreds of white nationalists converged on Charlottesville to protest the removal of a statue of Confederate general Robert E. Lee.

Nineteen people were injured during clashes, 10 of whom were listed Sunday in good condition by the University of Virginia Health System. Nine patients were released.

Two Virginia State Police troopers died when a helicopter crashed in a wooded area near Charlottesville after monitoring Saturday’s events.

The violence sparked political fallout over the weekend, with critics blasting President Donald Trump for failing to single out white supremacists in his criticism of the violence. The vice president, however, on Sunday did just that, calling out “dangerous fringe groups.”

People around the nation marched Sunday in support of the anti-racism protesters in Charlottesville, with more than 130 rallies from California to Maine.

The FBI and the U.S. Attorney’s Office announced Saturday night a civil rights investigation into the deadly accident had been launched.

“The Richmond FBI Field Office, the Civil Rights Division, and the US Attorney’s Office for the Western District of Virginia have opened a civil rights investigation into the circumstances of the deadly vehicular incident that occurred earlier Saturday morning. The FBI will collect all available facts and evidence, and as this is an ongoing investigation we are not able to comment further at this time.”

The CNN Wire contributed to this report.