NELSON COUNTY, Va. – According to the Burlington Police Department, an unidentified body was found in a field in the area of Totten Road in Caswell County on Friday.

They responded there after receiving information involving the disappearance of Harold Dean Simpson and right now it is unknown if this is the body of the missing man. The unidentified body is being sent to the North Carolina Medical Examiner’s Office.

Harold D. Simpson, 84, was last seen by his family on Friday, August 18 around 10:30 p.m. He has no history of dementia or any other cognitive impairments.

The incident started Monday evening when the Nelson County Sheriff’s Office received a call about an abandoned Chevrolet Cobalt parked on the side of the road. Further investigation later revealed that vehicle was registered to an elderly man who was reported missing from Burlington, NC.

After Simpson’s vehicle was located on Monday, the Nelson County Sheriff’s Office received a 911 call about a shooting that had occurred at a home nearby. When law enforcement arrived, they found a 60-year-old woman suffering from a gunshot wound. She was transported to UVA Hospital in Charlottesville where she is being treated for serious injuries.

Authorities discovered that a vehicle had been stolen from the home — a white 2002 Dodge Dakota with a medium-blue tailgate and a custom, faded-red, squared-off bumper. The truck has a North Carolina license plate, DHN-5418.

A North Carolina couple with ties to Norfolk who have been charged in the shooting in Nelson County were apprehended in Minnesota, according to Virginia State Police. The Fergus Falls Police Department arrested Sean D. Castorina, 42, and Penny M. Dawson, 40, both of Burlington, North Carolina, without incident at a gas station within that jurisdiction. They will be extradited back to Virginia to face charges of malicious wounding, use of a firearm and grand larceny of a vehicle.

Castorina and Dawson were still driving the stolen truck when they were apprehended in Minnesota. 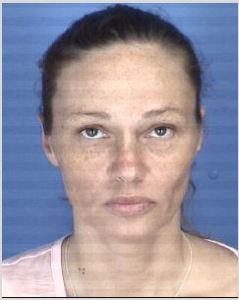