At least two people have died and two others have been seriously injured in the islands of St. Barts and St. Martin after Hurricane Irma blew through Wednesday, French Overseas Affairs Minister Annick Girardin told reporters before boarding a flight to the French territory of Guadeloupe.

Hurricane Irma — one of the strongest storms ever recorded in the Atlantic — is battering the northern Virgin Islands and hurtling toward Puerto Rico on Wednesday afternoon after smashing a string of small northern Caribbean islands, which early reports suggest suffered heavy damage.

Irma’s core slammed Barbuda early Wednesday before moving over St. Martin and Anguilla and parts of the British Virgin Islands. Its maximum sustained winds of 185 mph were well above the 157 mph threshold of a Category 5 storm.

CNN’s Leyla Santiago, in the capital of San Juan, said there were already power outages as strong winds lashed the island and the center of the storm moved just off the northeast coast.

“Please allow us to help you seek refuge in shelter, and let people know the priority is to weather the storm (and) seek safe haven,” Rossello said.

On Tortola, the largest of the British Virgin Islands, Kennedy Banda said fierce winds blew out the windows of his home Wednesday afternoon. He and his family were taking shelter in a bathroom; he said he was bracing his body against the door in an attempt to keep it shut.

Early reports suggested damage on parts of the smaller islands — a tropical region popular with tourists.

Barbuda, home to about 1,600 people, was “so badly damaged that there is no communication” from the island, said Keithley Meade, director of a meteorological office in Antigua and Barbuda.

“We have a lot of broken trees across the island,” Meade said from Antigua, whose 80,000 people comprise most of the two-island nation’s population.

Irma destroyed four of the most solid government buildings on the French-administered portion of nearby St. Martin, an island of about 75,000 people, French Interior Minister Gérard Collomb said Wednesday in Paris.

It’s likely that all other older buildings there have at least been damaged, he said.

Roughly 10 of these smaller islands — such as St. Martin, Antigua and Barbuda, and St. Kitts and Nevis — were pounded by hurricane conditions. One, Guadeloupe, has about 405,000 residents. The rest have about 264,400 people combined.

— In the US Virgin Islands, Gov. Kenneth E. Mapp ordered a 36-hour curfew that started at 6 a.m. local time Wednesday.

— On Thursday, Irma is likely to be near the Dominican Republic’s and Haiti’s northern coasts. That night, it is expected to be near the Turks and Caicos islands and the southeastern Bahamas, where storm surges of up to 20 feet are possible, the hurricane center said.

— It’s too early to tell whether it will make landfall on the US mainland. Computer models show it could churn near Florida’s east coast by late Sunday, and forecasters warn the core still could hit the Florida peninsula.

— Floridians should heed any evacuation order, Gov. Rick Scott said Wednesday. “(A) storm surge could cover your house. We can rebuild homes — we cannot rebuild your family,” he said.

— Several high-profile sports games have been postponed in Florida because of the storm, including NFL’s Buccaneers-Dolphins match that had been scheduled for Sunday in Miami.

‘We’ve been hiding in the bathroom’

Virginia Barreras told CNN she was riding out the storm on St. Martin in a “sanctuary hotel” where tourists and locals were encouraged to check in before the eye wall hit.

“The palm trees are bent over and (I) can’t see anything but white,” she said early Wednesday, before Irma’s core passed. “The walls shake when the wind blows hard, and we can hear debris being thrown around.

Though Irma’s path is uncertain, forecasters have said it could turn toward Florida over the weekend, and officials there are ordering some evacuations and shutting down schools.

Irma affected many northern Caribbean islands Wednesday, even those not touched by the powerful core. In Marigot, Guadeloupe, Florida resident Loren Ann Mayo rode out the storm on the sixth floor of a beachside hotel.

“We’ve been hiding in the bathroom,” she said in a video she posted to Facebook. About an inch of water covered parts of the floor, and pieces of drywall had fallen onto a balcony and a bed inside, she said.

Mayo was there on a business trip. “It is pouring down rain. It is howling,” she told CNN. “Most people are either in their bathroom, or they’ve been moved downstairs to the third floor where management thinks is a very, very safe spot.”

Islands under hurricane warning include Anguilla, Puerto Rico, the US and British Virgin Islands, St. Barts, parts of northern Haiti and the Dominican Republic, the southeastern Bahamas and the Turks and Caicos Islands.

CNN journalists driving in San Juan didn’t see any other cars, other than a few police vehicles. The trees swayed violently.

Residents prepped their homes for safety and gathered food supplies and belongings.

Turks and Caicos and the Bahamas

Forecasters warn that Irma’s likely path will be near the Turks and Caicos Islands on Thursday and the southeastern Bahamas on Friday — and that the destruction could be devastating.

“This is the largest such evacuation in the history of the country,” Prime Minister Hubert Minnis said.

“Some of the (Bahamian) islands aren’t more than 9 feet (above sea level). Storm surges there may be 20 feet. You get the idea what’s going to happen to those islands,” CNN meteorologist Chad Myers said.

Florida: Evacuations and a rush for supplies

Many Floridians spent Wednesday stocking up on food or making plans to head inland — and in some cases were leaving gas stations out of fuel and stores without needed supplies.

Katherine Pina said four stores she visited in Fort Lauderdale were out of bottled water. She said she saw one man reselling jugs of water for $5.

“People are doing an opportunity to get some money, I guess,” she said.

Workers at five gas stations in Miami Beach told CNN by phone Wednesday that all were out of fuel. One said the station expected to receive more Wednesday night; another said a resupply was coming Thursday morning.

In Broward County, which includes Fort Lauderdale and other cities north of Miami, a mandatory evacuation will go into effect at noon Thursday for areas east of Federal Highway, Mayor Barbara Sharief said. The evacuation zone includes low-lying areas.

Miami-Dade County has not issued an evacuation order yet, Mayor Carlos Giménez said, because officials believe they have time to watch where the storm will go. But schools and county offices will be closed Thursday and Friday.

After declaring a state of emergency across Florida, the governor said President Donald Trump had “offered the full resources of the federal government.”

“Learn your evacuation zone. Listen to your locals,” he said. “This storm has the potential to devastate this state. You have to take this seriously.”

Meanwhile, Tropical Storm Jose, in the open Atlantic far to the southeast of Irma, is expected to become a hurricane by Wednesday night.

“Interests in the Leeward Islands should monitor the progress of Jose,” the National Hurricane Center said. 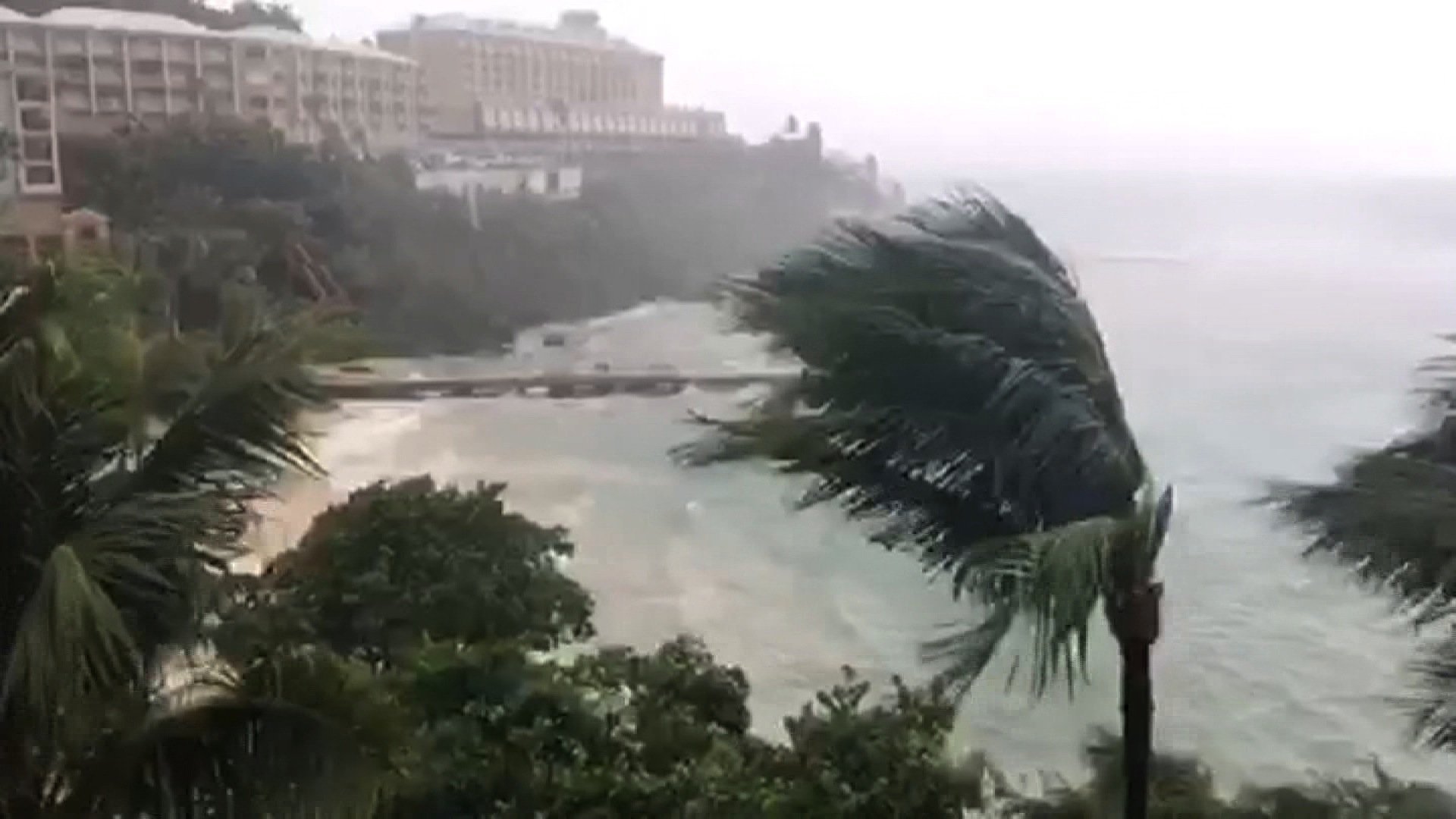