The tiny Caribbean island of Barbuda has no time to clean up the major devastation left by Hurricane Irma as it braces for its second major hurricane in four days.

A hurricane warning is in effect for Barbuda, which lies in the forecast path of Hurricane Jose, expected to slam into the island Saturday afternoon as a Category 4 hurricane with maximum sustained winds near 150 mph, according to the National Hurricane Center.

So dire is the threat to the island that any of the 1,800 residents who didn’t already flee before Irma are being evacuated by a flotilla of ferries being sent from Antigua, the other major island in the nation of Antigua and Barbuda.

The eye of Jose will pass just east of Barbuda on Saturday afternoon, the hurricane center said in its Friday afternoon advisory. A “dangerous” storm surge accompanied by “large and destructive waves” will raise water levels by more than two feet above normal tide levels in the hurricane warning areas, and between 3 and 5 inches of rain is expected with the storm.

Hurricane Irma hit Barbuda as a Category 5 hurricane on Wednesday, killing one person and damaging 95% of the island’s buildings, said Gaston Browne, the Prime Minister of Antigua and Barbuda. He estimated the damage from Irma will cost $100 million to fix.

CNN drone footage from Barbuda on Friday showed nearly every house and building ripped open or torn apart. Trees were stripped or toppled. Windows, roofs and even walls were gone. Some buildings were empty, their contents blown away.

“Total destruction, honestly,” said one 45-year-old man, a Barbuda resident, after evacuating to Antigua. “It’s like someone threw an explosive.”

He told CNN the island “is like a shell” with widespread destruction.

“It is desolate. People are overwhelmed,” she said. “The priority now is not so much to save what Irma left behind, (it’s) more so to save lives. They’re trying to get people out.” 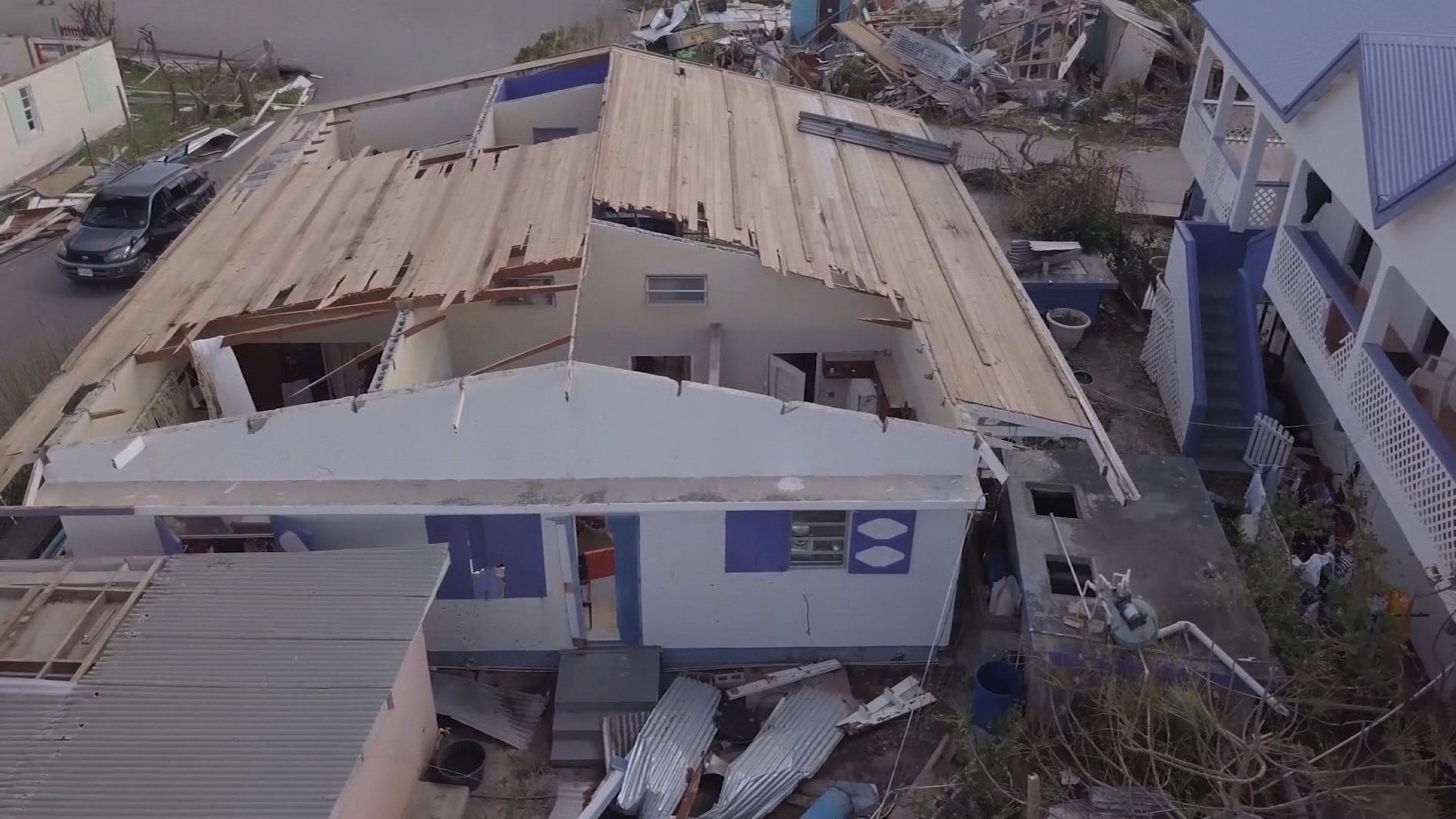