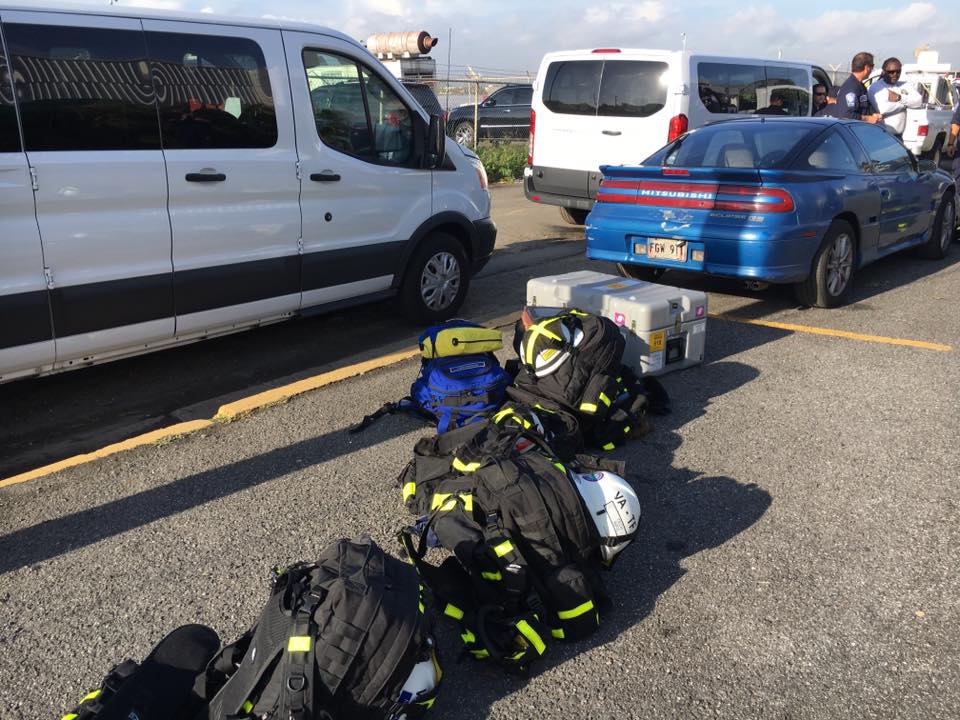 ST. THOMAS, USVI.  – 11 Members of the Virginia Task Force 2 (VA-TF2) have been moved to St. Thomas in the US Virgin Islands to help with relief and search efforts needed because of the destruction caused by Hurricane Irma.

After meeting at the Virginia Beach Fire Training Center Monday afternoon, the 45 member task force had originally left for San Juan on Tuesday. But with Hurricane Irma making its way through the Caribbean, the task force is being placed on other islands where help is needed.

The 11 members had arrived by air and are already helping with targeted searches on St. Thomas, with four more members heading there by ferry to help move vehicles and equipment used by the task force.  Additionally 18 members of the task force are also preparing to leave for St. John’s in the US Virgin Islands to help efforts there said the task force.

VA-TF2 has been providing a variety of services to help those affected by Irma in the Caribbean and  is one of several FEMA Urban Search and Rescue Teams located across the nation.

The Virginia Beach Fire Department is the sponsoring agency for VA-TF2 but in addition to VBFD, firefighters from Chesapeake, Norfolk, Portsmouth, Hampton, Newport News, James City County, and Williamsburg Fire Departments make up the team headed that are in Puerto Rico and the US Virgin Islands.

Three non-affiliated members of the task force include a doctor, and canine handlers.  Combined, the task force members specialize in heavy / technical rescue, HAZMAT , water rescue, structural collapse, and all aspects of search and rescue operations.