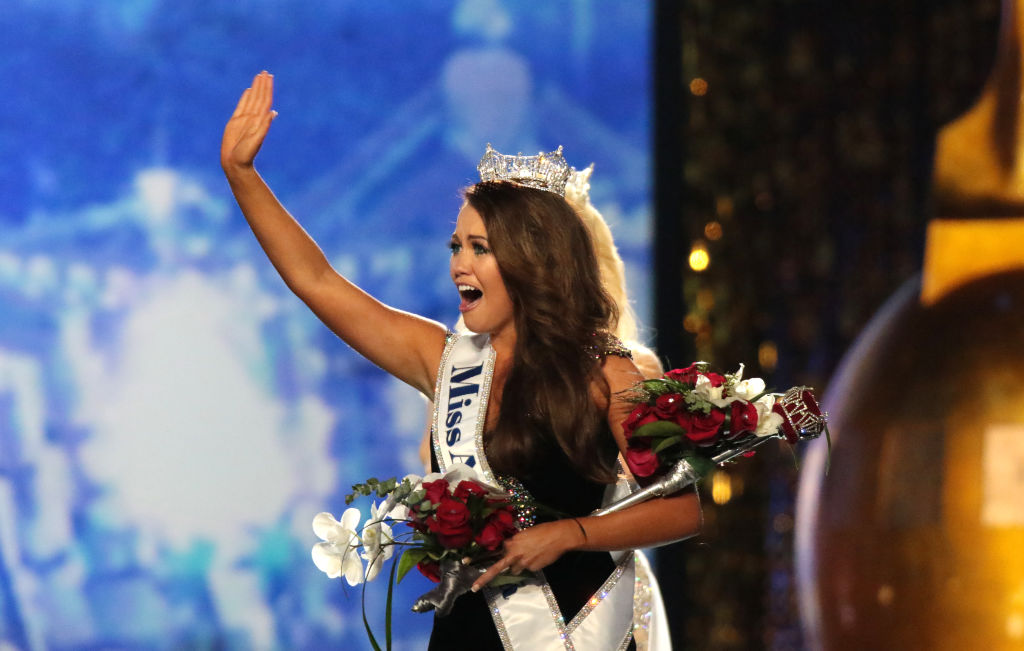 There she is… a history-making Miss America!

For the first time ever in the pageant, a contestant from North Dakota won the crown.

Cara Mund, 23, was also the first woman from her state to ever place in the top five. The Brown University graduate also took home a $50,000 scholarship as part of her winnings at the pageant in Atlantic City Sunday night.

The 51 women were judged in categories including talent, evening wear, lifestyle and fitness (the swimsuit portion of the competition) and their answer to an onstage question.

Judge Maria Menounos asked Mund for her thoughts on President Donald Trump withdrawing the United States from the climate accord.

“I do believe it’s a bad decision,” she said. “Once we reject that, we take ourselves out of the negotiation table and that’s something that we really need to keep in mind.

“There is evidence that climate change is existing so whether you believe it or not, we need to be at that table, and I just think it’s a bad decision on behalf of the United States.”

The competition was held against the backdrop of Hurricane Irma battering Florida and continued recovery efforts in Texas after Hurricane Harvey.

Viewers were encouraged to donate to the Red Cross’ relief efforts.