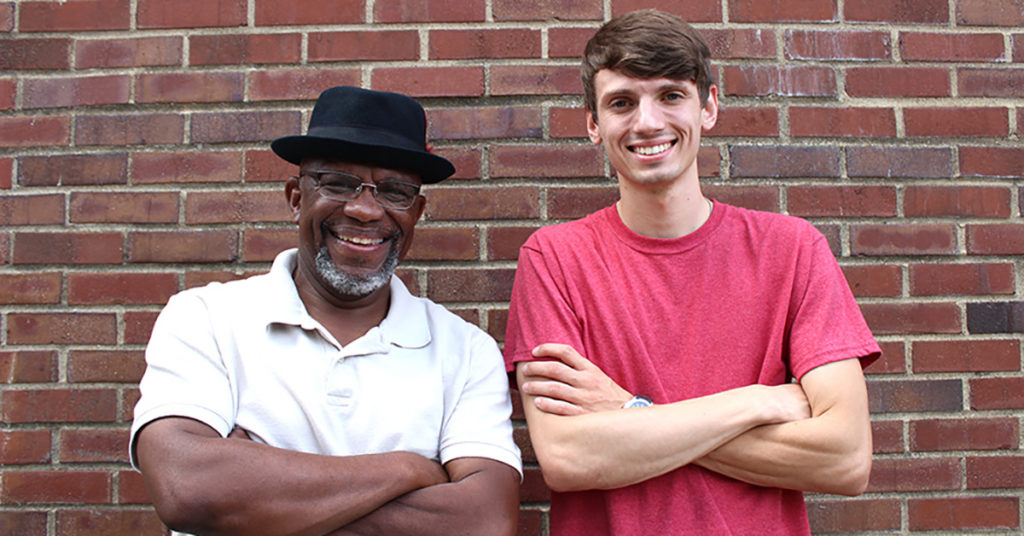 NORFOLK, Va. – Two music groups from the greater Hampton Roads area have reached the finals of the USAA and We Are The Mighty’s Mission: Music competition, a nationwide search to find talented active duty and veteran military musicians.

Bobby Blackhat Waters  from  Newport News, Virginia, and the band Home Bru, with members Chelsea and Matt Brunoehler from Elizabeth City, North Carolina are two of the five contestants with a shot of broadening their music careers.

Enlisting in the US Coast Guard in 1976, Blackhat advanced to Chief Petty Officer before transitioning to the Officer Corps and retiring at the rank of Commander after 27 years of service.

Waters service included serving as a Military Aide to the President of the U.S. and being awarded the Coast Guard Medal for Heroism.

Now, Waters is fulfilling his lifelong dream as a passionate entertainer, songwriter, and blues advocate.

Waters is competing with his guitarist Tom Euler, who is not apart of the military.

The Brunoehler's both met while attending the U.S. Naval Academy in 2003 while singing together as apart of the U.S. Naval Academy's Glee Club. The married in 2006, and have performed in bands have taken them since. Even when not located in the same place, because of different military assignments.

Their band, Home Bru (which consists of other members whenever possible, including other military veterans), primarily plays covers of favorite rock, country, pop & blues tunes.

The duo said they feel fortunate to share music as a couple, as it keeps them connected even when they are separated due to their military service.

"We Are The Mighty is excited to partner with USAA to launch our music vertical with the Mission: Music program,” commented Mark Hyatt, EVP Brand Partnerships. “’Mission: Music’ is an extraordinary opportunity to showcase talent within the military-veteran community and help amplify our creative commitment to service members, veterans and military family members. The program finalists represent a diverse selection of military experience and  inspiring stories of music and service.”

After initially submitting thier music, both groups were selected as two of the five finalist, and were flown to Nashville to record at the legendary Ocean Way Studios.

The groups will now compete in online voting to see who will win the talent contest. Voting will remain open from Sept. 14 through Sept. 23. at http://www.wearethemighty.com/music

The winner, who will be announced the week of Sept. 25, will receive an opportunity to play on stage at “Base*FEST presented by USAA”.

For each vote received, USAA will donate one dollar (up to $10,000 dollars) to Guitars 4 Vets, a non-profit organization that enhances the lives of ailing and injured military veterans by providing them with guitars and music instruction.

Base*FEST Powered by USAA, the new music platform designed to bring the music festival experience to the military community through live events and memorable performances, will make its second stop this year at Naval Air Station Pensacola in Pensacola, Florida, on Saturday, Oct. 7, 2017.

The festival lineup for Base*FEST features headliner DNCE, along with Thompson Square, Matt Smith, and the winner of USAA and We Are The Mighty’s nationwide contest, “Mission: Music.” Additional talent will be announced at a later date.

“After a successful first Base*FEST, we are looking forward to the second festival, with the addition of the “Mission: Music” contest winner to the lineup,” said Steve Cochran, USAA’s associate vice president for military affinity and sponsorship. “We are so excited about the finalists, and the opportunity for one of these heroes to take the stage at the festival. Music truly is something that brings people together and increases camaraderie, and USAA is proud to support the military music community.”

TTF Entertainment, a 100 percent military-focused and veteran-founded live event promoter and the creator of Base*FEST, is working with USAA to take their on-base music festival to our nation’s military and their families on military bases around the world.

Earlier this year, Base*FEST Powered by USAA premiered at Camp Lejeune, North Carolina, to a crowd of more than 18,000 people on July 4.

For more information on Base*FEST, to register for updates on this festival and other upcoming announcements, please visit basefestmusicfestival.com.