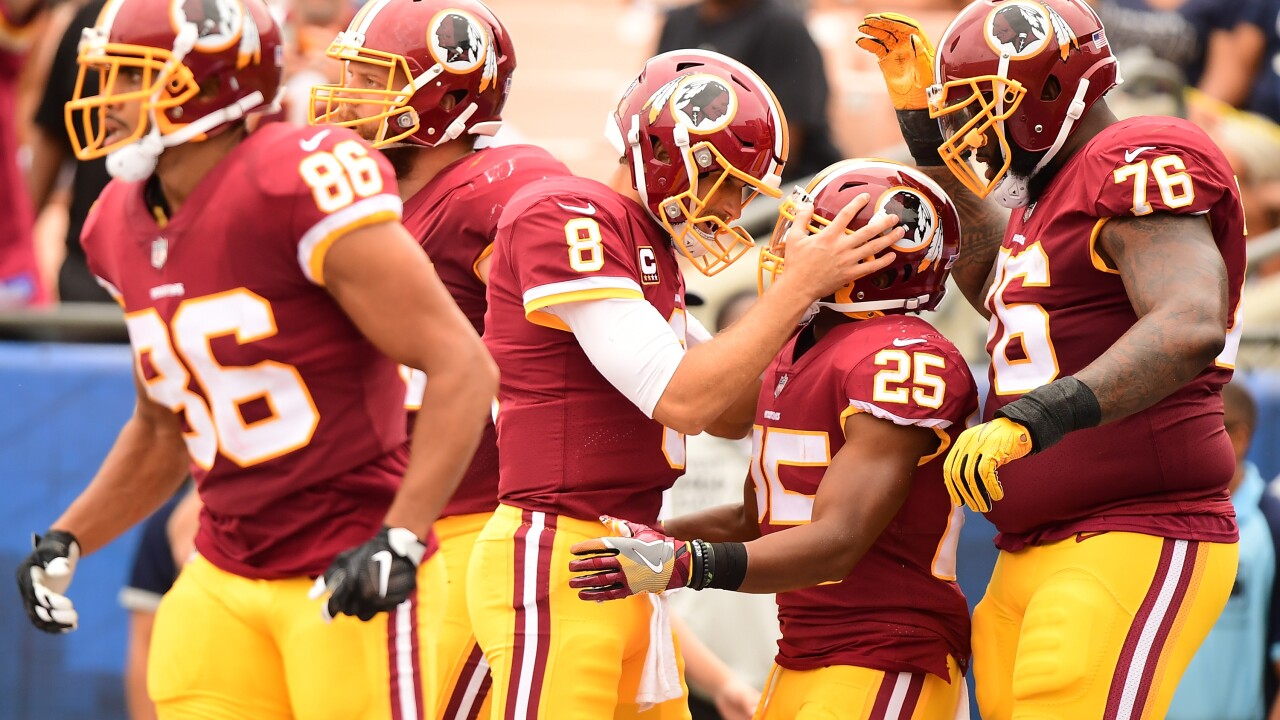 LOS ANGELES, Calif. – It’s been a long time since the Redskins rushing attack was unstoppable for the opposing defense.

Kirk Cousins struggled through three and a half quarters, but when he needed to step up, finished off a red zone trip with the go-ahead touchdown pass to Ryan Grant. Cousins finished the day 18-of-27 for 179 yards.

The tone towards the ground game changed Sunday afternoon, which had been a disappointment throughout the preseason and week one.

The ‘Skins rushed for 229 yards collectively, with Rob Kelley leading the way with 78 yards. It was a committee effort. Chris Thompson broke a 61-yard touchdown run as the first half was winding down, pushing the Redskins halftime lead to 20-10.

Washington (1-1) jumped out to a 13-0 lead in the first half after Dustin Hopkins booted his second of two field goal makes in the game.

Los Angeles’ (1-1) running back Todd Gurley got the Rams back in the game, scoring the lone touchdown in the third quarter.

After the Cousins to Grant touchdown connection, Mason Foster intercepted Jared Goff’s pass on the first play from scrimmage following the touchdown. That would seal the game for the ‘Skins.

Washington returns home next week for a Sunday night primetime matchup with the Oakland Raiders.