NORFOLK, Va. - The future of naval aviation, the F-35C Lightning II, was tested at sea on the USS Abraham Lincoln this month.

The USS Abraham Lincoln (CVN 72) came out of the Newport News Shipyard earlier this year after a four-year long mid-life Refueling and Complex Overhaul (RCOH).

The RCOH included modifications allowing the Lincoln to support the future integration of the F-35C Joint Strike Fighter.

The Lincoln is now one of the few ships in the fleet that has trapped and launched the F-35C.

The "Grim Reapers" of Strike Fighter Squadron 101 (VFA 101) from Eglin Air Force Base in Florida are the training squadron for the F-35C.

"The F-35C is still in a testing phase, so it is not fully operational yet," said LCDR Chris Karapostoles, a pilot assigned to VFA 101. "We are the training squadron for the F-35C, so we are onboard this ship conducting our carrier qualification training, qualifying pilots, landing signal officers and maintenance crews."

Testing the F-35C allowed the crew of the Lincoln to play a role in working and developing the jet.

"Being part of the primary flight control team for the landing and launching of the F-35Cs was such a unique experience," said Aviation Boatswain's Mate (Handling) Airman Mariana Monima. "The F-35Cs are so amazing and powerful. I feel privileged to have been a part of this historic event."

The F-35C should reach its initial operational capacity in 2018. 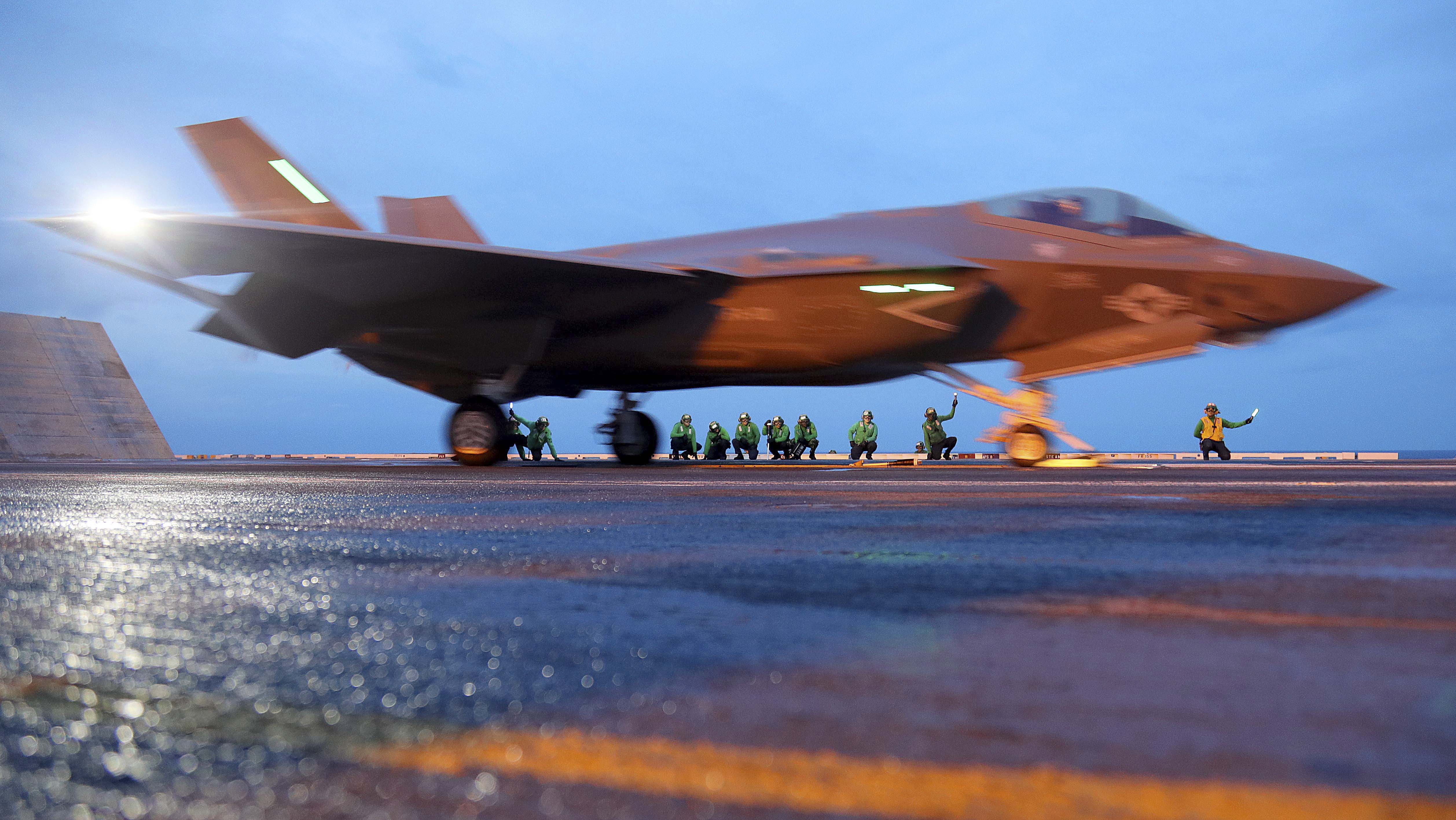