According to police, two people broke into Either Ore Jewelers, in the Strawbridge Shopping Center at 3:12 a.m. Tuesday.

Police said one suspect tried breaking in to the front door of the business, but was not able to get the door open. Both suspects then broke a window to get into the business.

Police said after entering the business, one suspect broke the glass jewelry case while the other collected the merchandise inside of it.

The incident took around eight minutes and both men exited the store at 3:18 a.m.

Both suspects are described as males, between 5 feet 8 inches tall and 6 feet tall, weighing between 180 and 210 pounds. Both wore long sleeved clothing and had their faces covered. One suspect wore a striped hoodie and the other wore a white and blue sweatshirt.

Tipsters will remain anonymous and could be eligible for a cash reward up to $1,000 if their information leads to an arrest. 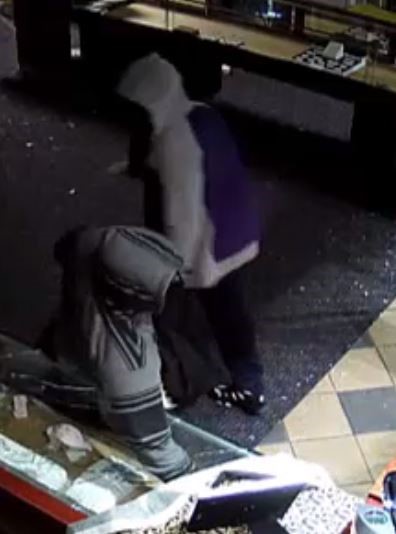