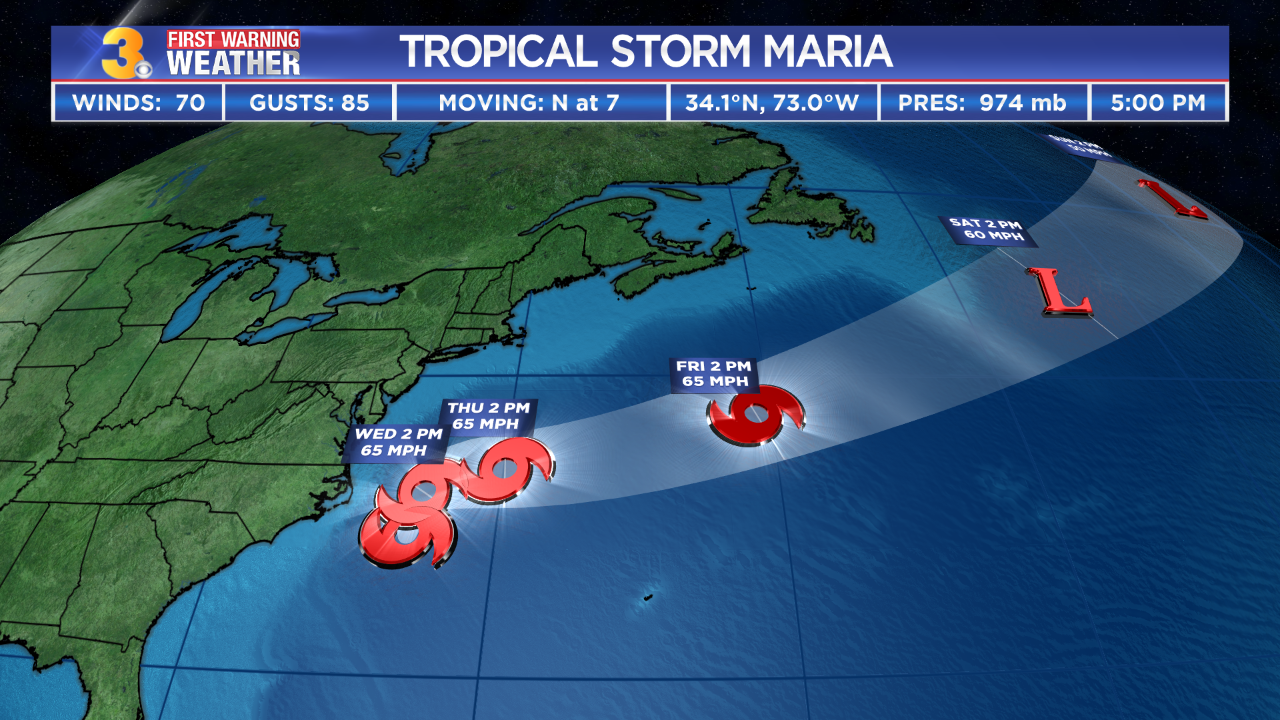 MIAMI, Fla. – Maria has weakened to a Category 2 hurricane, according to the National Hurricane Center.

The NHC says Maria will be moving well east of the United States southeast coast during the next two days.

Maria is about 475 miles SSE of Cape Hatteras, North Carolina and is expected to move towards the north though Tuesday. Maria is forecast to remain offshore but near the Outer Banks by the middle of the week. Tidal flooding is possible Tuesday night and Wednesday.

The National Hurricane Center also said that tropical storm or hurricane watches may be needed for portions of the Carolina and Mid-Atlantic coast on Sunday.

Tropical storm or hurricane watches could be issued later today for portions of the North Carolina coast #Maria pic.twitter.com/ObQ0zPzDV6

A turn toward the north is expected this evening, and a northward motion with a decrease in forward speed is forecast to continue through Monday.

Maria made landfall near Yabucoa, Puerto Rico as a strong category 4 storm around 6:15 a.m. Wednesday.

The storm is moving north at nine mph with maximum sustained winds are around 105 mph with higher gusts.

Swells also continue to affect Puerto Rico, the Virgin Islands, the northern coast of Hispaniola, the Turks and Caicos Islands, and the Bahamas. These swells are likely to cause life-threatening surf and rip current conditions.