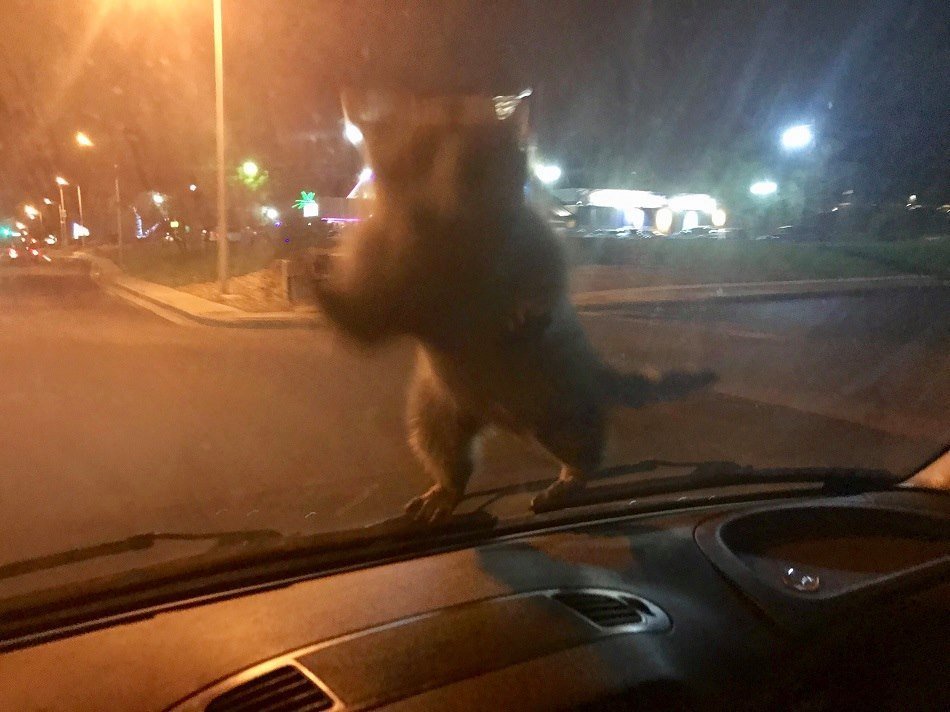 COLORADO SPRINGS, Colo. (KMGH) — You’ve probably heard of a police ride-along, but we guarantee you haven’t seen one like this.

A police officer in Colorado Springs was on his way to a car crash Wednesday night when, out of nowhere, a raccoon jumped onto the windshield of his patrol car.

In a post on Facebook, police said the officer was “pawsitively surprised” to see the animal on his windshield.

The full post reads, “Officer Frabbiele discovered that Raccoons do come out at night and was pawsitively surprised when one ended up on his windshield as he was enroute to a serious injury accident. He found a safe place to pull over and snapped the other two photos of the hitchhiker. #codethreecoon #raccoonridealong #hopethisroadhasbeenrepaved”

The officer pulled the car over and the raccoon jumped off and went on its way.