Were it not for him, say police and witnesses, a gun-toting man’s rampage in a Tennessee church would have been deadlier.

Engle is an usher at the Burnette Chapel Church of Christ in Antioch, near Nashville.

As services were ending Sunday, the gunman — identified as a former member of the congregation — shot and killed Melanie Crow Smith, who was walking back to her car.

The gunman, whom police ID’d as Emanuel Kidega Samson, then entered the church with a pair of pistols and started firing. Almost 50 people were inside and the gunman wounded six.

That’s when the 22-year-old Engle sprang into action.

He struggled with the suspect, even as he was being pistol-whipped, police said.

“Mr. Samson didn’t expect Mr. Engle to encounter him, to struggle with him, to try to stop the shooting,” said Don Aaron, the spokesman for the Metropolitan Nashville Police Department.

During the altercation, Samson accidentally shot himself in the chest with his own weapon, police said.

When he fell, Engle, despite his head injuries, ran to his car and came back with a pistol, police said.

Engle, who has a permit for a handgun, then made sure Samson stayed on the ground until officers arrived, Aaron said.

Samson was charged with felony homicide and more charges may be added, police said.

‘He was a hero today’

Minerva Rosa, who was inside the church when the shooting started, told reporters the gunman was silent when he opened fire.

Without Engle, “I think it could be worse,” she said. “He was a hero today.”

“We hear all the time about citizens doing the right thing about deciding to get involved,” he said. “That’s what Mr. Engle did; he saved countless lives today.

“He was brave. He took action even to his own peril, his own injury and he is at the end of the day the hero in this. Because we think this could have been much worse in terms of death.”

Engle, in a statement from the hospital where he was treated, said he didn’t want to be labeled as a hero.

“That’s like him. He’s just someone who cares about a lot of people. He has all their feelings at heart,” Rheta Engle told The Tennessean newspaper. “It would make any parent, grandparent very, very proud of him.” 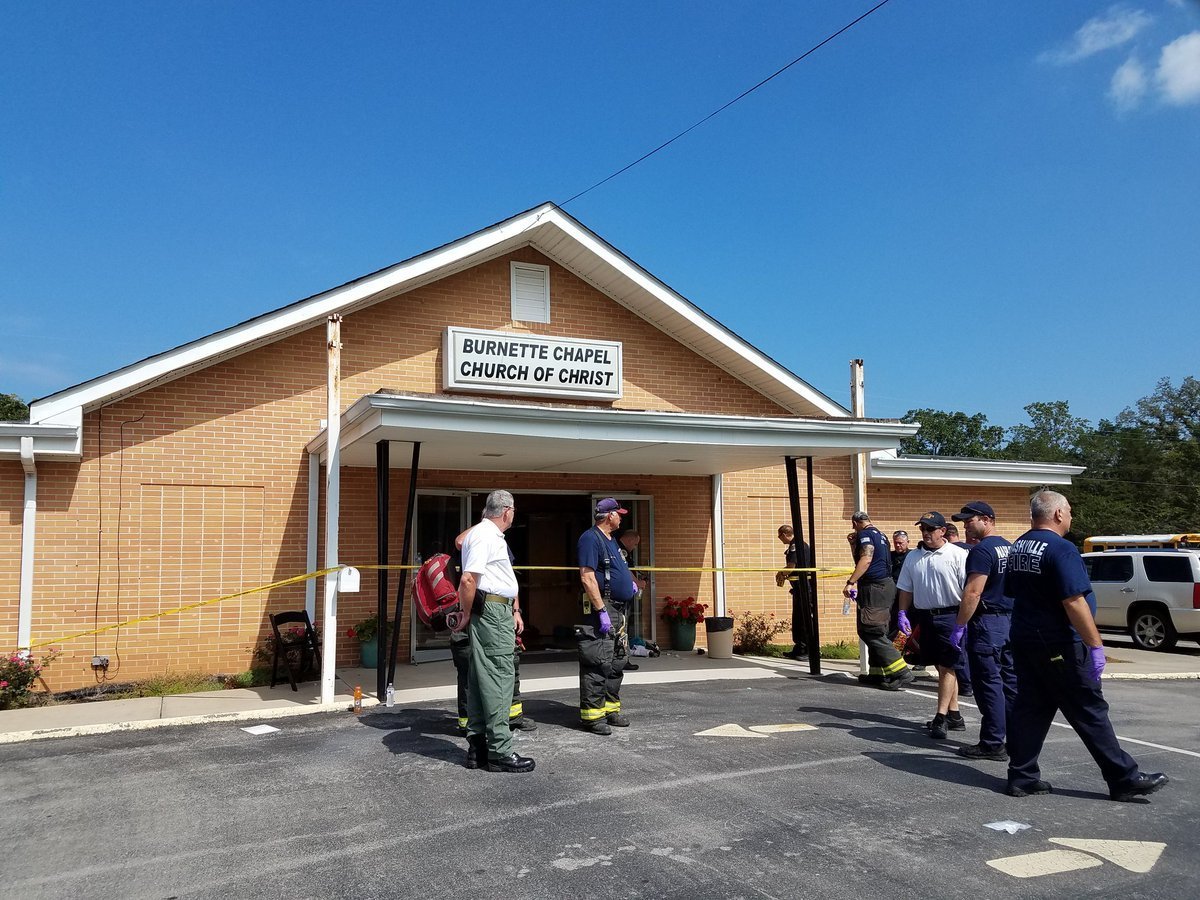