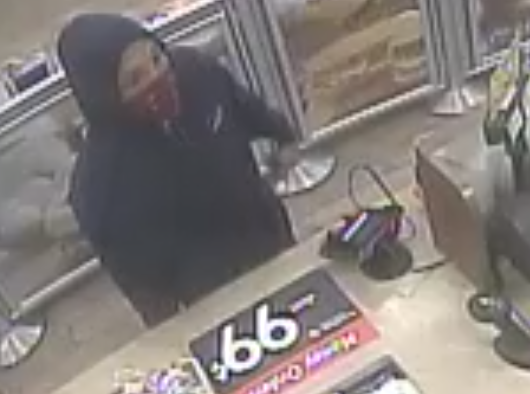 At 4:34 a.m the suspect entered the Royal Farms, located at 3601 Victory Blvd., and demanded money from the clerk at gunpoint. After getting the money, the suspect fled on foot from the gas station.

The gas station worker, nor anyone else were hurt or injured during the incident, police said.

The suspect is described as a light skinned black male who had the lower part of his face covered.

He was last seen wearing red pants and a dark blue or black hoodie.

If you have any information about this crime or recognize the male in the photographs, please call the Crime Line at 1-888-LOCK-U-UP.