Ten days after Hurricane Maria slammed into Puerto Rico as a Category 4 storm, the island is dealing with a humanitarian crisis as millions remain without electricity and water, and limited access to gas and cash.

At least 16 people have died in the US commonwealth as a result of the storm, the government has said.

The majority of the island is without power, with the exception of people and facilities using generators, the US Energy Department says. And heavy rain is expected this weekend — and that could make recovery efforts on the island of 3.4 million people even harder.

Puerto Rico is under a flash flood watch because of the expected rain, which “will exacerbate the current situation,” the National Weather Service said. 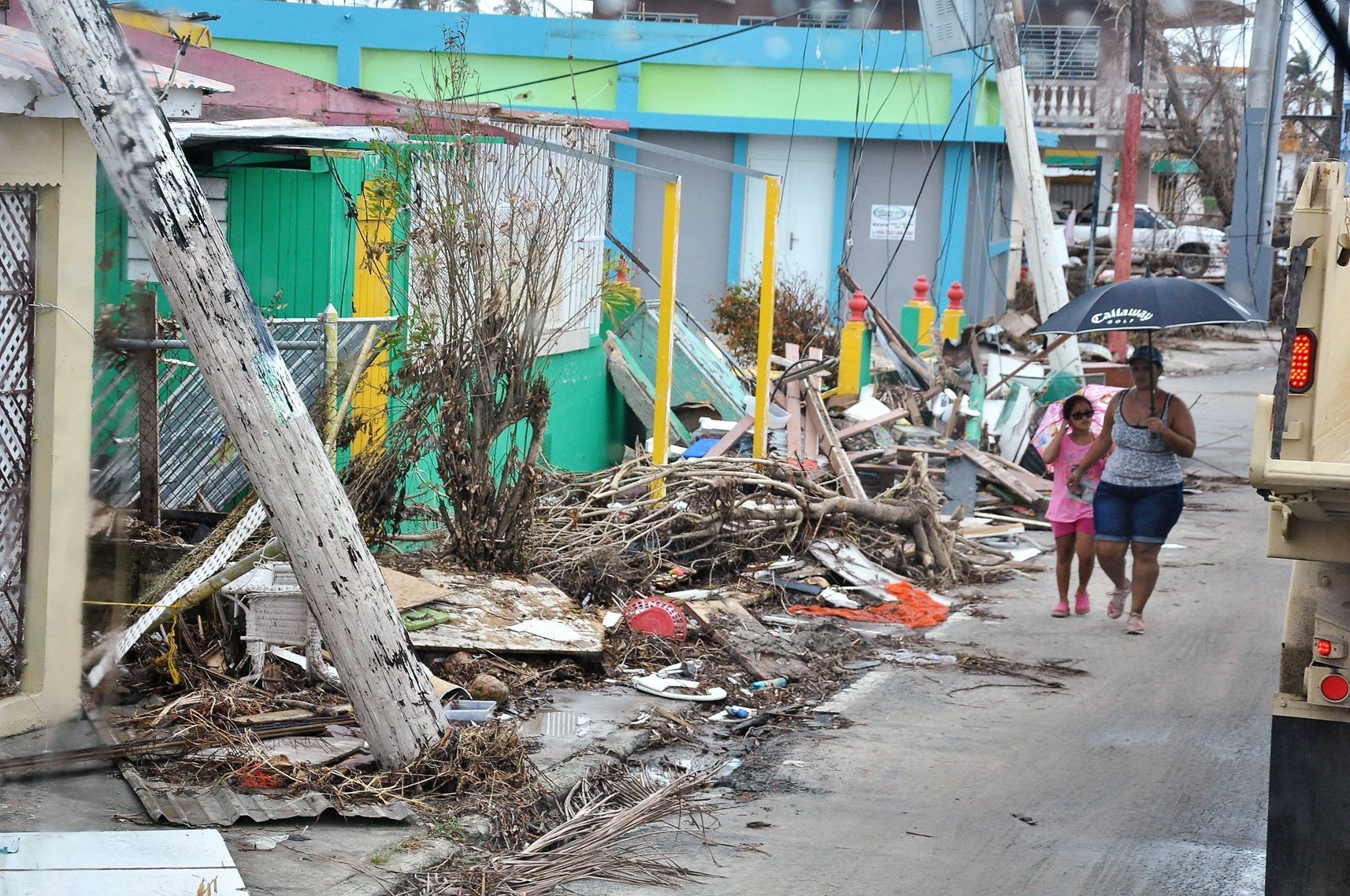 • About 3,000 crates of private-sector goods — such as food meant for grocery stores — have been sitting idle at the Port of San Juan, in part because not all drivers have reported back to work since Maria, and other logistical challenges, Gov. Ricardo Rosselló said Friday.

• None of the idle containers carried aid sent by FEMA; that aid was continually distributed, FEMA officials have said.

• Rosselló’s count of the idle crates was lower than that of two shipping industry officials.

• Emergency workers have been to all 78 of Puerto Rico’s municipalities and started coordinating with local leaders, de la Campa said.

• President Donald Trump on Thursday authorized a 10-day waiver of the Jones Act, a federal law that limits shipping to US ports by foreign vessels. Rosselló and other US officials had argued that a waiver would expedite the shipping of supplies to the island.

• Nearly 1 million meals and about 2 million liters of water have been handed out as of Friday, according to FEMA.

• The government-mandated evening curfew instituted to prevent looting will now start at 9 p.m., instead of 7, Rosselló said Friday. That gives citizens — many of whom are spending hours in line at banks, fuel stations and groceries — two extra hours to get tasks done. The curfews still end at 5 a.m.

• Water service has been restored to about 45% to 50% of the island’s customers, de la Campa said Friday. That’s up from about 33% from Thursday, he said.

• Hospitals in Puerto Rico have been struggling to treat patients. Some don’t have enough medication, while others have a shortage of fuel for generators.

• Officials have given conflicting information about the number of hospitals that are open. FEMA said Thursday that 48 of the island’s 69 hospitals were operational. On Friday, Rosselló said 36 hospitals were open, with power delivered regularly or thorough diesel-powered generators.

• The US Army has been delivering fuel to hospitals as part of a rotation plan developed by FEMA to ensure the facilities have continuous power, officials said.

• Many Puerto Ricans are waiting in line for hours to get gas. There were about 100 cars backed up early Friday at one San Juan station. A man at the front of the line told CNN’s Boris Sanchez he’d been there since 9 p.m. Thursday, and had slept in his car, waiting for the station to open.

• About 675 of the island’s roughly 1,110 gas stations were working as of Friday morning, according to the Puerto Rican government’s website for information on the recovery.

• Puerto Ricans are running low on money, and many businesses, such as supermarkets and gas stations, will accept only cash because credit card systems are down.

• At least half of all bank branches remain shuttered, in part because they can’t get enough armored trucks with gas, or truck drivers, to deliver the cash safely.

• The roughly 90 bank branches open are limiting the amounts people can withdraw per day, the governor said Friday, to ensure everyone can get some cash, even if it might not be all they want.
• Banks are also struggling to get software and safety systems back online, according to Zoime Alvarez, vice president of the Association of Banks of Puerto Rico.

San Juan mayor: ‘Damn it, this is not a good news story’

• San Juan Mayor Carmen Yulín Cruz reacted with anger Friday to a statement from acting Homeland Security Secretary Elaine Duke, who had said earlier that the government’s response in Puerto Rico “is really a good news story in terms of our ability to reach people.”

• “Damn it, this is not a good news story. This is a ‘people are dying’ story. It’s a life-or-death story,” Cruz told CNN’s “New Day” on Friday morning.

• Duke traveled to Puerto Rico on Friday. In San Juan, she told reporters that she is “happy” about how hard everyone is working but said that “there’s much, much more work to do and we will never be satisfied” until people are safe and schools are open.

• Asked for her reaction to the mayor’s rebuke, Duke said she was referring to how well everyone is working together: “The end of my statement about good news was, it was good news that the people of Puerto Rico, the many public servants of the US and the government of Puerto Rico are working together, and … it’s nice to see communities together trying to recover and support each other.”

• The Pentagon has appointed Lt. Gen. Jeffrey Buchanan to lead all military hurricane recovery efforts in Puerto Rico. Buchanan is a three-star general and the commander of US Army North (5th Army).

• The San Juan airport started allowing more than a dozen commercial passenger planes to fly in and out after air traffic control services were restored.

The Port of San Juan and seven other ports were open Thursday, some with restrictions, the department said.

• The US Army Corps of Engineers have been assigned to help Puerto Rico rebuild its infrastructure, a FEMA deputy director said.

• The US Federal Highway Administration has announced the immediate availability of $40 million to help restore roads and bridges across the island and damage related to mudslides and flooding.