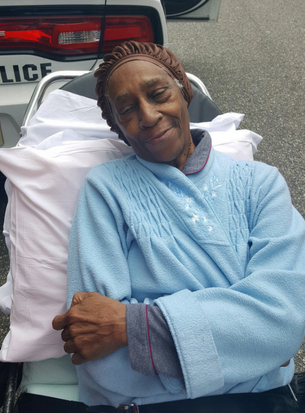 JAMES CITY COUNTY, Va. – James City County Police have located the family of a woman who walked out of the woods.

Police say that on Sunday around 12:30 p.m., the woman reportedly walked out of the woods near Drammen Court in the Kristiansand neighborhood in Norge.

The woman told police that her name was Ada Conley Jenkins.

According to police, she appeared confused and couldn’t tell officers where she lived or where she may have been going.

She was taken to the hospital to be evaluated.