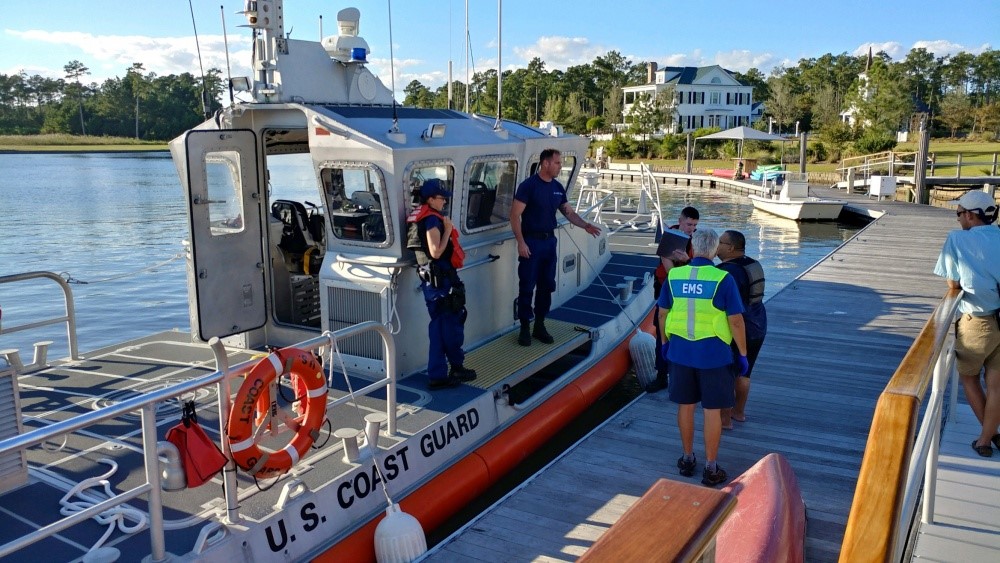 WILMINGTON, N.C. – The Coast Guard was able to help a man on the Neuse River Tuesday, which was made easier with the help of a person in the area.

Watchstanders at the North Carolina Command Center in Wilmington received a call at about 3 p.m. that a man aboard a 40-foot boat had extinguished an engine fire, and was aground and disabled in the vicinity of Broad Creek.

Coast Guard crew members from Station Hobucken, North Carolina sent a 45-foot Response Boat Medium to help the man, but had difficulty getting to the boat because of where it was located on the river.

The Coast Guard said that a “good Samaritan” with a 16-foot boat was able to transport two crew members to the broken down vessel, and retrieve the stranded man. Both the Coast Guard crew and man were safely returned to the Coast Guard’s boat.

The Station Hobucken crew transferred the man to EMS that was waiting on shore, the Coast Guard said.

“We would like to express our appreciation for the good Samaritan who offered his help today,” said Coast Guard Lt. Tiffany Zehnle, command duty officer for the case. “This was truly a team effort between the Station Hobucken crew and the local mariner. Together they were able to quickly and safely help this man out of a difficult situation.”

The owner is working to salvage the boat.