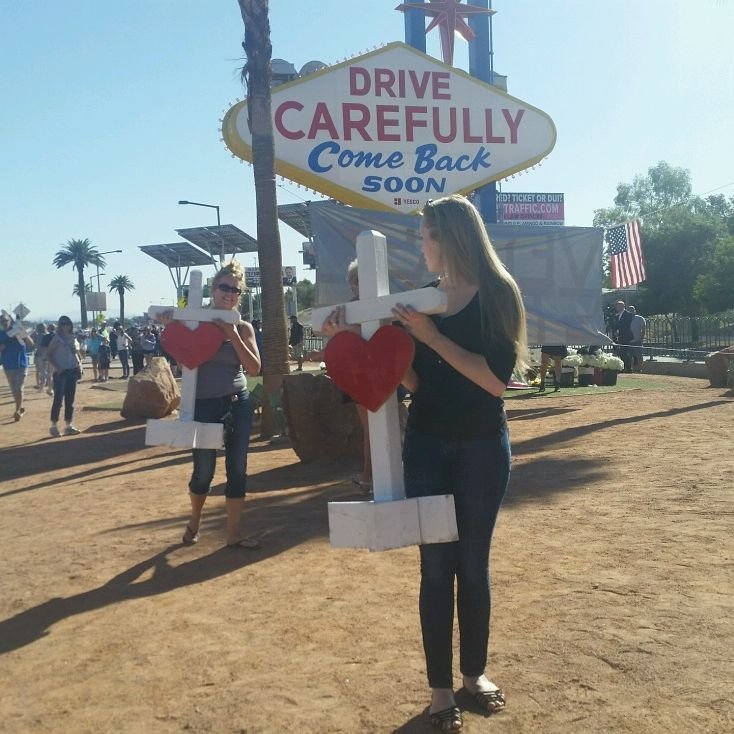 Some carry memorabilia, like a black cowboy hat. Others have printed selfies that glow from lit candles.

But every cross features the name of a victim killed in Sunday’s mass shooting.

“This row of crosses will show the severity of what really happened there,” Greg Zanis told CNN affiliate WGN. “More so than numbers and pictures in the paper.”

The crosses traveled from Illinois to Nevada this week with Zanis, a retired Chicago-area carpenter who built each tribute.

This isn’t the first time he is donating his handiwork.

Last year, he drove more than 1,000 miles to Orlando with 49 similar crosses for a similar reason — to pay tribute to the victims of the Pulse nightclub shooting.

He brought crosses after the Columbine High School shooting. And the Colorado theater shooting. And erected them for the hundreds of gun violence victims in Chicago in 2016 and 2017.

His donations started in 1996 after finding the dead body of his father-in-law, who was killed by a gunshot wound to the head. To cope with the grief, Zanis built a cross.

And 20 years later, he continues to create memorial spaces for families and friends of gun violence victims. He says he has created about 20,000 crosses for tragedies throughout the country — keeping Zanis’ offer of compassion alive.