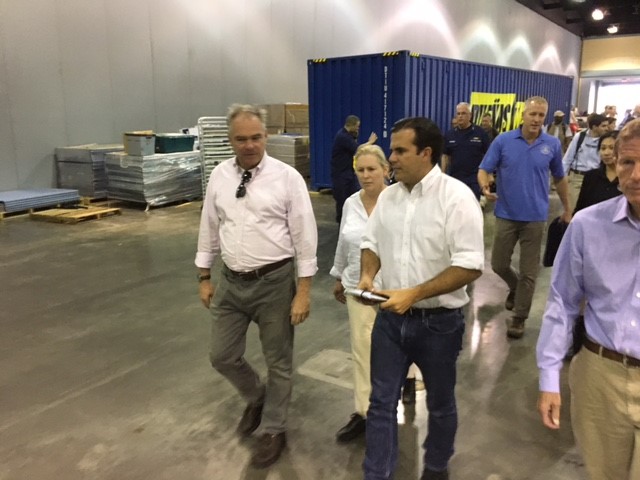 Kaine and fellow U.S. Senators are helping to assess the damage after Puerto Rico was devastated by Hurricane Maria.

The Senators traveled as part of a bicameral and bipartisan CODEL through the Department of Homeland Security (DHS) and Federal Emergency Management Agency (FEMA), said aids of Senator Kane.