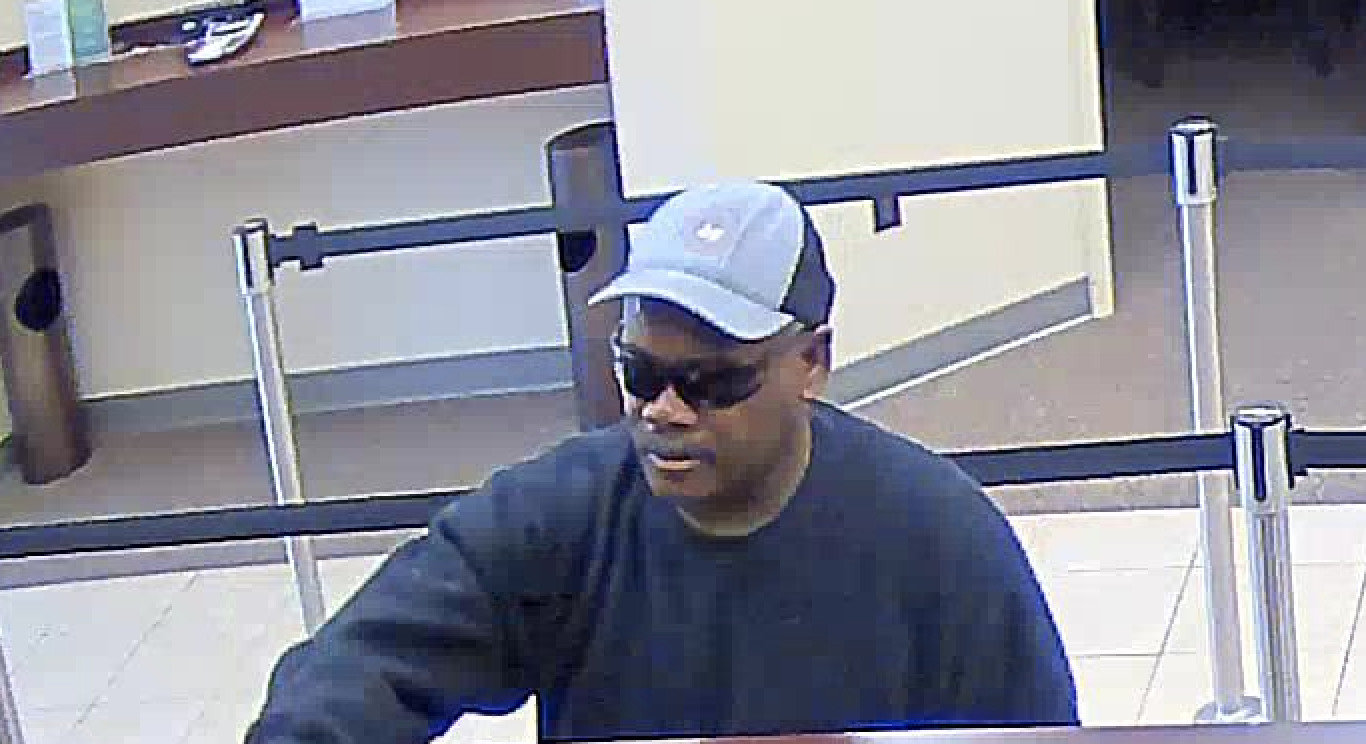 PORTSMOUTH, Va. – Detectives with the Portsmouth Police Department Robbery Unit are seeking the public’s assistance in identifying a suspect who robbed a Wells Fargo Monday afternoon.

At approximately 12:40 p.m., dispatchers received a call requesting officer assistance to the Wells Fargo bank at 5820 High Street W. for a robbery. According to detectives, the suspect approached the teller and handed them a note demanding money. The teller complied with the suspect’s demands, and the suspect exited the location. No one was injured during the incident.

The suspect is described as a black male in his late 40s or early 50s who stood between 5 feet 7 inches and 5 feet 8 inches tall, weighing somewhere between 180 and 190 pounds. He was last seen wearing sunglasses, a gray and blue baseball cap, a navy blue sweatshirt and blue jeans.

Anyone with information about this incident is asked to call the Crime Line at 1-888-LOCK-U-UP (1-888-562-5887). You can also submit tips via the new “P3 Tips” app or via the Portsmouth Crime Line Facebook page at www.facebook.com/Portsmouthcrimeline.