Alyssa O’Gorman and her family fled their home in the nick of time, dodging the wind-driven wildfires roaring across northern California’s wine country early Monday.

As the flames closed in Sunday night, they left without a change of clothes. O’Gorman, her parents and her grandfather gathered their animals and were out of the house in minutes.

O’Gorman, a nursing assistant, was driving home from her job when she first spotted flames.

After evacuating the house, which sits at the dead end of a one-lane road in rural Napa County, she and her family watched from a distance as a propane tank exploded and their home’s roof caught fire.

If O’Gorman hadn’t been coming home from work to wake her family, “we would have been in the house trapped,” she said.

Veronica Ortega was at the Kaiser Permanente Hospital in Santa Rosa when she smelled smoke and saw flames through the window of her fiancé’s room on the fourth floor.

The two soon were loaded onto a city bus and shuttled away.

O’Gorman and Ortega were among many who scrambled to safety as the blazes rolled through, forcing emergency evacuations from the hospital, homes and hotels. The fires spread across roads and burned several structures, local officials told CNN. Cal Fire Battalion Chief Jonathan Cox reported several injuries.

“This fire is explosive,” Cox said.

The National Weather Service in San Francisco on Sunday issued a “red flag warning” for the Bay Area because of current or impending critical fire weather conditions. The warning cited dry, “windy locations through the Napa Valley and northern Sonoma County valleys.” Gusts ranging from 35 mph to more than 60 mph were recorded. There were a few hurricane-force gusts of more than 74 mph.

“Any fires that develop will likely spread rapidly,” the warning said. 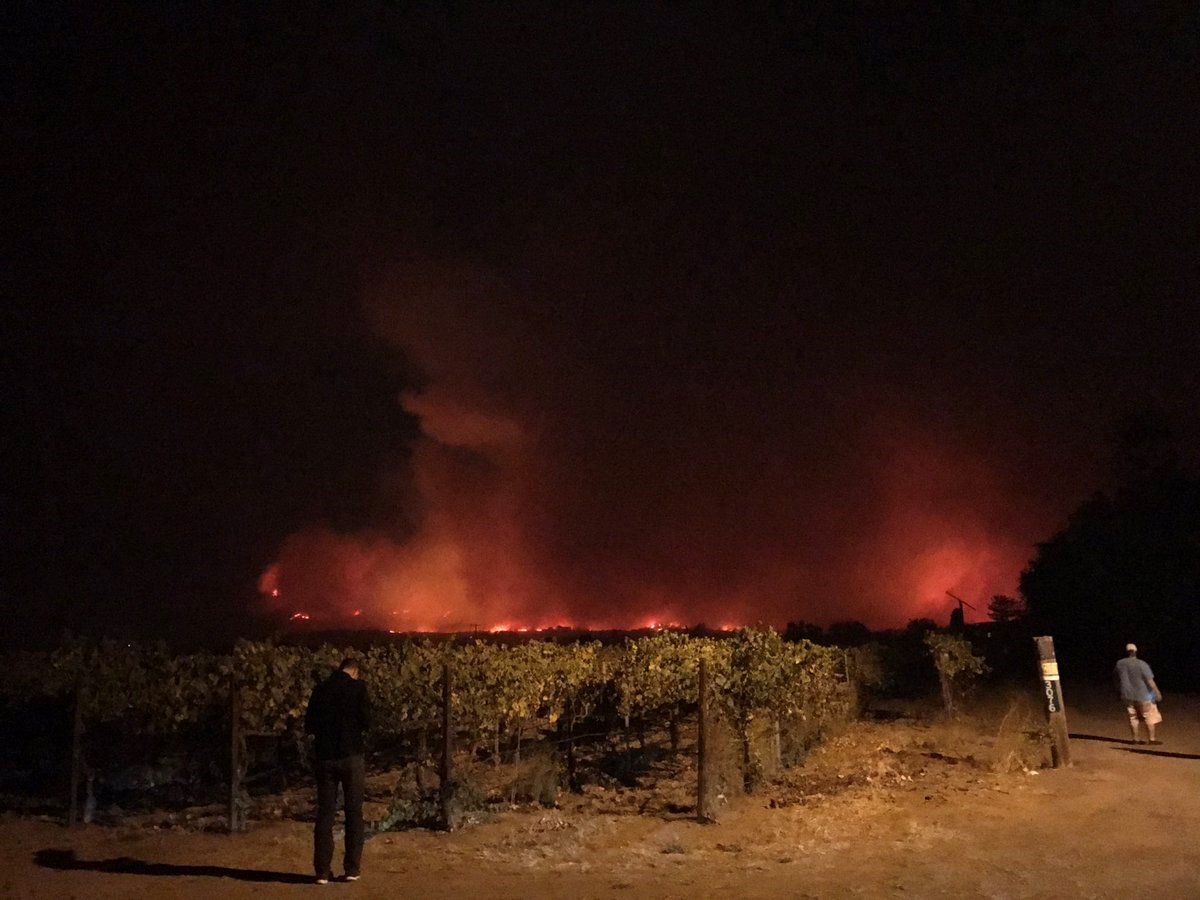 Forecasters said winds will remain strong on Monday morning but are expected to ease by midday. But the warning will likely remain in effect because of the warm and dry conditions and the presence of wildfires.

The blazes engulfed acreage in Sonoma and Napa counties as responders worked through the night to fight the fires. KPIX said the blazes had stretched local firefighting resources, and calls were out for assistance.

The city also ordered evacuations in several neighborhoods. The Sonoma County Sheriff’s Office said hotels were evacuated and shelters were set up. The county is working to set up shelters at fairgrounds to house animals. In Napa County, evacuations were underway as firefighters battled blazes. There were also fires in Lake and Mendecino counties.

Meanwhile, as she takes refuge with a relative in Santa Rosa, O’Gorman can’t stop thinking about about the valuables and keepsakes left behind in her home, which she now believes is gone.

She’s too distraught to sleep.

“I’m probably not going to,” she says. “Not until I can see my house.”