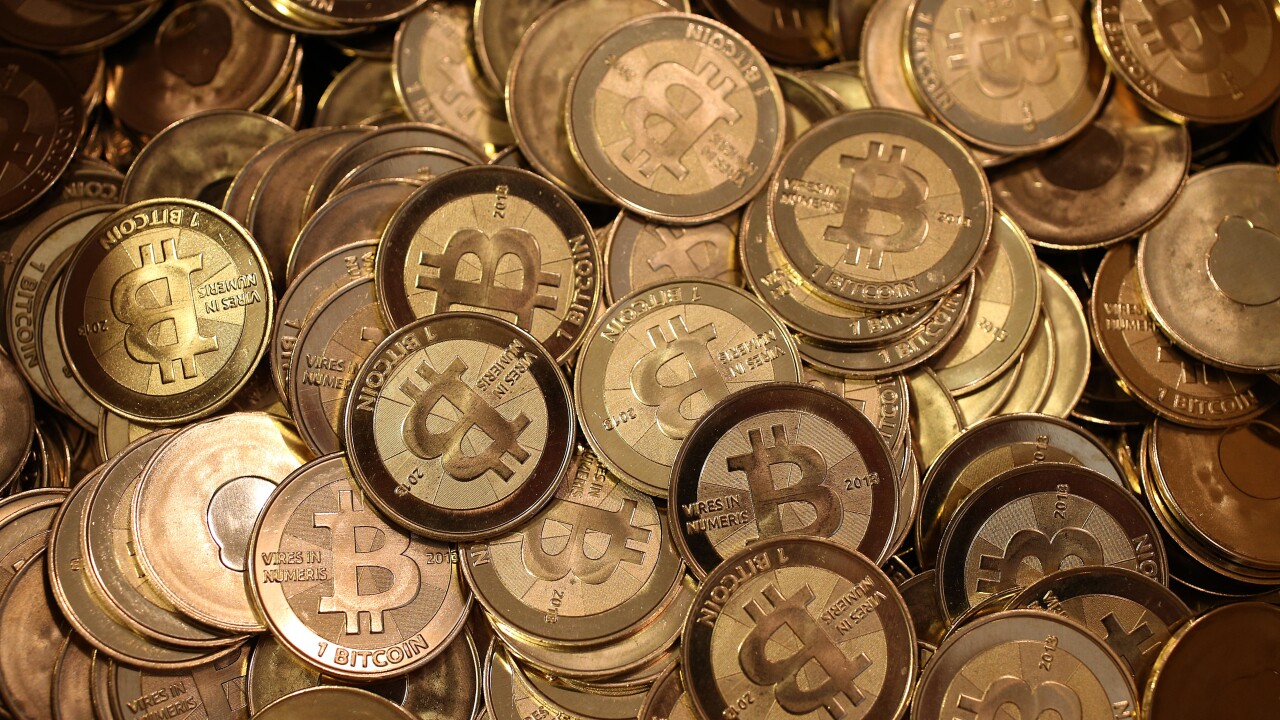 SALT LAKE CITY, UT – APRIL 26: A pile of Bitcoin slugs sit in a box ready to be minted by Software engineer Mike Caldwell in his shop on April 26, 2013 in Sandy, Utah. Bitcoin is an experimental digital currency used over the Internet that is gaining in popularity worldwide. (Photo by George Frey/Getty Images)

Bitcoin is an experimental digital currency used over the Internet that is gaining in popularity worldwide. (Photo by George Frey/Getty Images)

The alternative currency spiked more than 6% on Thursday, surging above the $5,000 barrier. It traded as high as $5,168, according to price tracking website CoinDesk.

The virtual currency has been on a very real tear, gaining 70% over just the past month. A year ago it was trading at less than $650.

While the currency’s moves are often inscrutable, analysts have floated a few theories to explain its meteoric rise.

The first is speculation that trading of the currency could soon resume in China following a crackdown on domestic exchanges.

A second theory is that investor confidence was boosted when Bitcoin successfully split into two earlier this year, resulting in the creation of a cheaper offshoot called Bitcoin Cash.

Bitcoin buyers may also have taken heart from reports that Goldman Sachs was looking at how it might trade the currency. Goldman CEO Lloyd Blankfein, however, says that no final decision has been made.

Not every big bank is as keen. In September, JPMorgan Chase CEO Jamie Dimon described Bitcoin as a “fraud” and said he would fire anyone at the bank that traded it “in a second.”